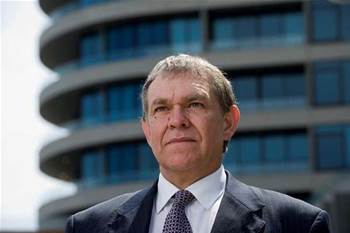 Victoria’s privacy commissioner David Watts is willing to end an eight-year career as the state’s data protection watchdog over “dysfunctional” governance changes that he says threaten to undermine the independence of his office.

Watts told iTnews he wants nothing to do with a restructured privacy and data protection regime proposed by new FOI laws before parliament, and has threatened to resign if the amendments are passed in their current form.

“I have made it abundantly clear that I will under no circumstances lend my personal reputation to such a dysfunctional governance structure,” he said.

The FOI Act amendment currently in the hands of the Victorian legislative assembly would see freedom of information functions merged into the existing Office of the Commissioner for Privacy and Data Protection, under a structure that mirrors the setup in the Commonwealth, NSW, and Queensland.

The new legislation would replace legally protected roles of FOI commissioner and commissioner for privacy and data protection with a single Victorian information commissioner, who would have authority over the whole spectrum of powers.

The Victorian government has pitched the changes as a way of streamlining FOI access and boosting public sector transparency. The laws would reduce the deadline for FOI responses down from 45 days to 30, and hand the new information authority power to review FOI decisions made by ministers, senior officers, and even cabinet.

But Watts claims the changes also mean the legal independence of his role, and that of the FOI commissioner, would be effectively be stripped away, with the government reserving the right to unilaterally sack both office holders with ten days notice.

The only statutory position left under the new rules would be the information commissioner..

In an open letter published on the CPDP website, Watts said the proposed approach undermined privacy and security.

“A threat of removal may be used to similar effect as a power of direction,” he wrote.

Watts also claimed that the planned new arrangement would result in the same kind of “structural schizophrenia” experienced by the federal Office of the Australian Information Commissioner and the NSW Information and Privacy Commission.

“There is a community expectation that FOI functions are fulfilled efficiently, while at the same time privacy laws deal with some of the most complex technology issues of our times. These are pulling against each other in a governance sense, in a management sense and in a resourcing sense,” he said.

The commissioner rejected suggestions that his criticisms were designed to protect his job and the authority of his office, which is at risk of being diluted by the new rules.

Instead he argued that a strict new data protection mandate formulated by his office had been unpopular in some corners of the state’s public service.

“There is more than a passing appearance that the proposals for change to governance in the bill are intended to further inhibit the change process commenced by the [Privacy and Data Protection Act],” he said.

The FOI amendments still need to pass the Victorian upper house, where the government does not hold a majority, to become law. The balance of power is held by the Greens and Shooters and Fishers, as well as a handful of other minor parties.

Update 18 August: A spokesman for premier Daniel Andrews denied his government had failed to consult ahead of the drafting of the bill, and insisted the laws would not change privacy regulation in the state.

"The Commission for Privacy and Data Protection was consulted on the proposed reforms and invited to provide feedback ahead of the drafting of the bill," the spokesperson said.

"The government has offered further opportunities for the commission to give feedback and to date we have not received any formal feedback on the bill."

The spokesman stressed that whoever is hired as Information Commissioner will "enjoy all the rights and protections afforded to the existing commissioners".

"These changes ensure the Victorian community has a single regulator to oversee Victoria’s FOI, public sector privacy and data protection laws, and provide independent advice to government across those closely-related fields," he said.