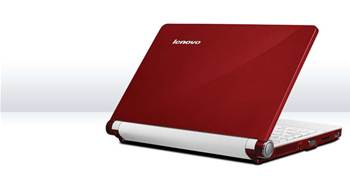 Lenovo has unveiled new additions to its ThinkPad laptop line-up, including the first models aimed at smaller businesses, plus a "netbook killer" ultraportable and updates to existing ThinkPad lines.

Many of the new models are set to be shown at CES in Las Vegas later this week.

Among the new systems is the ThinkPad Edge series, which are the first to be targeted at the growing small-to-medium business (SMB) sector, projected to account for 45 million units in 2010, according to Lenovo.

"With ThinkPad we have traditionally focused on large enterprises, public sector and education, but now we are going to focus a bit more on SMB," said Charles Sune, global marketing manager for the ThinkPad product group.

The ThinkPad Edge models will be available in 13in, 14in and 15in formats, with the 13in available immediately and the other two expected in March.

All have a "very clean look" with a simplified keyboard layout featuring dedicated keys for multimedia, VoIP and web conferencing. Skype will be pre-loaded on all ThinkPad Edge models, which will be available in a red colour scheme as well as glossy or matt black.

In another first, the Thinkpad Edge range will have models based on AMD as well as Intel processors, but the line-up will keep "the common DNA of all ThinkPads: reliability and durability," said Sune. Pricing for the range will start at US$549 (AUD$602) in the US.

Also to be shown at CES is a new entry-level ultraportable, the ThinkPad X100e, which is set to be available from US$449 (AUD$492) in the US.

With an 11.6in screen and weighing under 1.4kg, the X100e bridges the gap between netbooks and full laptops, according to Lenovo.

However, the system has a full-sized keyboard and ThinkVantage features such as the active protection system for the hard drive.

"We are very excited about this complement to our existing X series ThinkPads," said Sune.

Lenovo will also unveil updates to existing models in the ThinkPad T and W lines, including the T410 and T410s, the former of which has a discrete graphics chip, plus the T510.

Got a news tip for our journalists? Share it with us anonymously here.
Copyright ©v3.co.uk
Tags:
availableedgefirstmodelstechnologythinkpadthinkpads