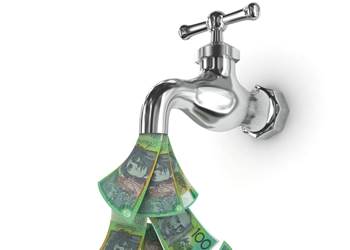 More than half of total funding.

The Department of Finance has blamed a lack of expertise for spending more than half the initial funding for the federal government’s new common ERP system on contractors and consultants.

In answers to questions on notice from senate estimates, the central agency revealed that $35.5 million for GovERP had been hoovered up by external helpers over the project’s two-year lifespan.

“GovERP has received funding of $67.1 million over the two years 2019-20 and 2020-21. Of this $35.5 million has been spent to date on contractors and consultants,” it said in response to a question from Labor senator Katy Gallagher.

Finance put the heavy contractor bill – which represents 53 percent of GovERP’s budget until the end of financial year or all of the $35.6 million set aside in last year’s budget – down to limited expertise.

“The program will implement a new technology in which the Australian Public Service has not yet developed expertise,” it said.

“The majority of contractors and consultants are engaged to provide specialised skills and services to support the program, many of which are small to medium enterprises, particularly with respect to ICT labour.”

The system, which Finance has been spearheading since late 2019, is being developed to standardise corporate and financial systems across the government’s six shared services hubs.

It will replace the existing SAP-based ERP systems used by the hubs, which are located in Services Australia, the Tax Office and the departments of Treasury, Industry, Foreign Affairs and Finance.

The hubs were introduced in 2016 as a result of the government’s shared services regime and serve the core transactional corporate services needs of 73 agencies.

Finance has already built out a prototype on SAP’s S/4 HANA platform, a template that systems integrators will use to deploy the new system to an initial set of 15 agencies.

The first instance is expected to go live by September 2022, with all 15 agencies and their 12,000 end users expected to be supported a year later.

Finance has previously called in at least 18 SAP technical specialists to work on projects like GovERP and the Parliamentary Expense Management System (PEMS), which is 25 percent over budget and two years behind schedule.

In last week’s budget, the government set aside an additional undisclosed amount of cash for GovERP over the next two years, which suggests Services Australia has now taken the lead on the project.

Services Australia will use its funding to “build and deliver modernised government technology for managing accounts, resources and workforce (GovERP)”, while Finance will support the first implementation of GovERP in the Service Delivery Office.