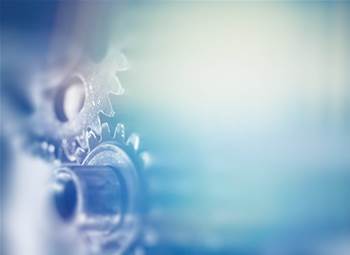 The ongoing consolidation of federal government corporate IT systems is set to take a drastic leap forward next year, with plans now afoot to build a common whole-of-government ERP platform and pilot it with agencies.

In a move that is certain to create waves across government, the Department of Finance has set its sights on developing a prototype platform as part of the shared service scheme that began in 2016.

Dubbed GovERP, the platform is eventually expected to be used by some - if not all - of the government’s six shared services hubs that now serve the core transactional corporate services needs of 73 agencies.

The hubs are located in the Australian Taxation Office, the Department of Foreign Affairs and Trade, Services Australia, Department of Industry, Innovation and Science, Treasury and Finance.

Finance expects that the centrally managed platform, which is being co-designed with the hubs, will “bring together personnel and financial data that can be accessed for analysis in near real-time”.

“Costs avoided will be identified in 2019–20 as part of the detailed planning and implementation process.”

The new stream of work follows efforts during 2018-19 to “inform the future direction and architecture” of the shared services initiative.

This was prompted by the realisation that support for the current SAP-based ERP systems used by five of the six hubs is coming to an end.

“In 2025, SAP will no longer actively support this ERP version, so the hubs will need to move to an alternative solution or pay a premium for maintenance,” the annual report states.

A spokesperson would not be drawn on whether a decision had been made about which ERP system would underpin the platform.

“The Shared Services Provider Hubs are working together to design a GovERP prototype based on existing platforms used by the Hubs and additional market approaches where appropriate,” the spokesperson told iTnews.

With the approach for GovERP now set, Finance is calling for a senior executive to oversee the delivery of a “scalable” whole-of-government prototype that can be piloted with multiple tenants in 2020.

It follows a similar move by the NSW government earlier this year to establish a new chief information officer role dedicated to the state’s government-wide ERP reforms.

The SES Band 3 level executive, who will report directly to Finance Secretary Rosemary Huxtable and an unnamed cross-agency sponsorship group, mostly likely to be the shared service taskforce, will lead the project for at least the next 18 months.

“This initiative will support a generational shift in how enterprise resource planning platforms are managed by the Commonwealth,” the job ad states.

One hub that has been highlighted for improving public sector productivity through the use of robotic process automation (RPA) is Finance’s service delivery office, which is one half of the former Shared Service Centre.

RPA was introduced to address the high costs of providing transactional services when the hub assumed the responsibilities of the former shared services centre in December 2016.