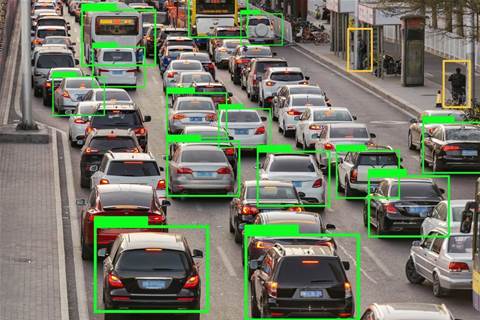 The Victorian government has tapped La Trobe University to trial a number of digital identification technologies and number plate security measures in a bid to reduce the number of stolen or cloned plates.

Minister for Roads Jaala Pulford announced the trials at La Trobe’s Bundoora campus on Friday, which will be overseen by the university’s Centre for Technology Infusion.

In the 12 months to September 2018, Victoria Police recorded more than 19,000 incidents of number plate theft, with the stolen plates often used in conjunction with other crimes such as fuel theft at service stations and toll evasion.

One of the solutions being trialled will see radio frequency identification (RFID) stickers placed inside a vehicle’s windscreen, acting as a "third number plate".

"The sticker self-destructs when removed, enabling police to identify vehicles that are suspected to have a stolen or cloned number plate," Pulford said.

Another technology being examined is dedicated short range communications (DSRC), a type of wireless communication operating in the 5.9GHz band that can communicate with ‘smart’ road infrastructure.

Similar technology is being trialled in Queensland to warn drivers (or, in future, driverless vehicles) of upcoming traffic jams or hazards.

La Trobe similarly sees DSRC as a way to automatically identify which cars are and are not driverless.

The Centre for Technology Infusion will also be trialling additional security features for number plates, including holographic features similar to driver's licences and passports.

“Following a global technology search, our centre will evaluate how selected technologies perform in live deployments and how reliably they can provide tamper-proof digital vehicle identification information in a cost-effective and efficient manner,” Desai said.

On top of determining how well the technologies work in practice, Desai’s team will also be evaluating how well they integrate with automatic number plate recognition systems which are being rolled out to Victoria’s highway patrol fleet.

The trials are supported by VicRoads, the Department of Justice and Community Safety, and Victoria Police.