All Victorian highway patrols to get auto number plate recognition 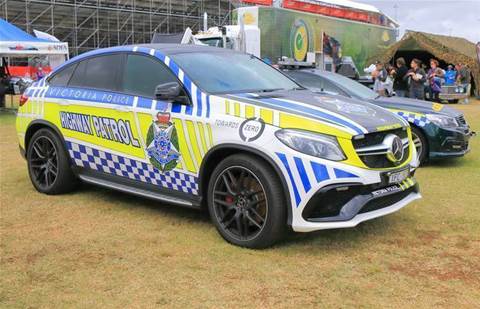 The cloud-linked ANPR devices will rapidly detect motorists driving, unregistered or stolen vehicles or those running with stolen plates - a capability that most other states have had for for years.

The new system can also flag drivers and vehicles that have previously been involved in speeding and other traffic violations.

The deployment of ANPR is a day-to-day game changer for policing because it activates a vast digital dragnet that can detect vastly more offences than human police.

However the steep increase in infringement detection and penalty issuance can also cause headaches for the government as courts become congested and more people forfeit their licences as a result of prosecutions.

Victoria's court system has already taken prominent issue with the way road toll charges are dealt with, especially when unpaid tolls can compound into debts worth tens of thousands of dollars without those whose plates are billed even aware.

However the battle against illegal drivers is set to continue.

Police Minister Lisa Neville said there were now around 38,000 unregistered or unlicensed drivers on Victorian roads each day, and that only 40 per day can be picked up with the current technology.

Neville said there are a small number of older ANPR devices already in the fleet, but that most registration checks are completed after a vehicle has been pulled over.

The ANPR units from Motorola Solutions will also include an in-car video system to capture footage for evidentiary and safety review purposes as part of a $17.3 million, five-year managed service contract.

Victoria Police hopes the technology will act as a deterrent to both unauthorised drivers and as a tool to de-escalate potential incidents through the use of video recordings in much the same way as body-cams.

The first five highway patrol cars to be fitted with the ANPR units are expected to be on the road early next year, with the rest of the 221-strong fleet to be fitted out over the next three years.

Road Policing Command Acting Assistant Commissioner Michael Grainger said a lot of hard work went on “behind the scenes” in developing the ANPR units, including testing the designs with the officers who would actually use them.

Grainger said upwards of 5,000 plates will be scanned by each patrol vehicle every day.