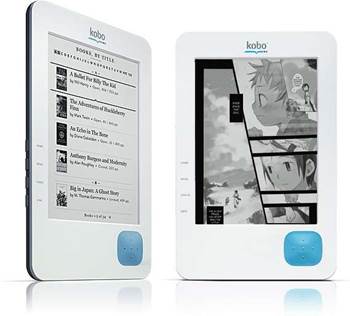 Users of the Kobo eBook reader should not be worried by the voluntary administration of Borders Australia, Angus & Robertson and Whitcoulls NZ bookstores, parent company RedGroup Retail has claimed.

A spokesman for RedGroup’s ebook store and hardware partner Kobo told iTnews that the more than 50,000 Australians who bought a Kobo eBook reader have no cause to worry because Borders Australia and Angus and Robertson are only retail distributors.

Any ebooks bought were unaffected, he said.

Canada-based Kobo said it controls the ebook ecosystem - including firmware updates, helpdesk and deals with Australian and international publishers - regardless of the state of local retail partners.

The move by RedGroup’s board to put their bookstore chains into voluntary administration came 24 hours after US based bookselling chain Borders filed for Chapter 11 bankruptcy protection in order to restructure.

The two chains of bookstores share the common problems of being saddled with large debts at a time when retail spending in both countries is weak and online competitors such as Amazon.com and Book Depository are rapidly increasing their market share.

Although Borders Australia shares its name with the US bookchain, the company stressed that "Borders stores in Australia, New Zealand and Singapore are 100 per cent owned by RedGroup, a local Australian private company" and "our stores have no relationship or link with Borders stores in the US".

Last month, Borders and Angus & Robertson joined other large Australian retailers like Myer in calling on the Federal Government to amend its taxation laws.

The group of 2,211 retail stores complained that foreign etailers enjoyed GST-free sales on goods and services sold for less than $1000, whilst local bricks and mortar outlets were taxed for a purchase of the same value.

Ferrier Hodgson partner Steve Sherman said in a statement to the media that “as far as possible it would be business as usual while the administrators conduct an urgent assessment of the business’s financial status and prepare for the first meeting of creditors.”

It is likely that Borders Australia, Angus and Robertson and Whitcoulls will follow in the footsteps of the US Borders that is expected to attempt to pay down debts by shutting unprofitable shops and slashing its workforce.

Liz Tay contributed to this report.