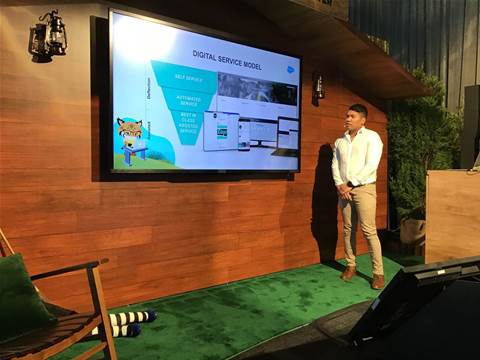 Aussie streaming service to use data to guess why customers are getting in contact.

Kayo Sports is hoping to turn its customer support chatbot ‘K-Bot’ into a “mind reader”, enabling it to preemptively guess why a customer is likely to be seeking assistance.

The Australian company, which offers streaming of over 50 sports, has amassed over 350,000 customers in its first year of operation.

“We like customers to self-serve themselves, and if they can’t we’ll assist them through automation.”

There, streaming customers are offered several options to self-serve, with an opportunity to escalate to a human agent if the knowledge base or chatbot are unable to resolve an issue.

“If the customer can’t find the articles they’re trying to get to, they’ll come through an automated service such as our bot, but if they still can’t solve [it for] themselves, our lovely agents will assist them with all the data that we have on that customer and try to resolve it as fast as possible,” Pena said.

A year in - Kayo only started operating in late November 2018 - and “92 percent of all cases are being self-served,” Pena said.

Up to 20 percent of cases are being resolved via K-Bot, Kayo’s Einstein Bots-powered chatbot.

K-Bot - described by Pena as the company's "intelligent sports fan" - was built over an initial six-week period and augmented throughout 2019, a process that is continuing.

“We started very small with four capabilities [and] a month’s worth of data, and then after that month we were assessing what customers were actually contacting our assisted support for,” Pena said.

“So we took that ‘Top 5’ and looked at how we could automate that in the bot. If we could, we’d introduce it into the bot.”

Initially, customers could only use K-Bot to “interact with menus” - they could not actually type questions or responses in.

“We had a guy who found 2000 different ways to say, ‘How do I reset my password?’ and then we sent it off to the NLP [natural language processing] to train.”

As K-Bot’s sophistication grew, Kayo put it to work its first night shift in March.

Until then, Pena noted, “K-Bot wasn’t really given the chance to resolve” issues itself.

“It was only on when agents were available, so we changed that up and had K-Bot on at all times and then if there was an agent available we transferred them over if they needed,” he said.

K-Bot was augmented with additional smarts in September, in the form of Lightning Web Components and API integrations.

“Lightning Web Components are a bit of JavaScript that sits between the Einstein Bot configuration and the customer’s browser,” Pena said.

“This allows us to curate the information we show to the customer through images, or carousels if there’s a group of images.

“We were finding that customers were coming through to us on phones most of the time through their service interactions, and with that limited [screen] real estate it was hard to show as much information as we could to that customer.

“We also have found that we needed to curate the content in line with the chat experience for a customer, so instead of copying and pasting a whole knowledge article into a bot, we held true to the chat experience and our tone of voice and had a short transcript with a link to the article, instead of overloading the customer.”

Kayo is also using declarative flows and custom APEX code to “enable the customer to have the same access to data as our agents have; or perform the same processes our agents do,” the company said in a slide deck.

This is used to enable K-Bot to handle authenticated account-oriented issues, and to plug into Kayo’s backend systems in the search for answers.

“We created a custom APEX to tie into our messaging platform and send a text message to that customer based on the information we’ve taken at signup, and if they relay back that same SMS code we’ll go off and start other processes such as using flows to get their billing information,” Pena said.

“With custom APEX, we can [also] integrate to third-party APIs [including] the APIs built on Kayo’s product itself such as search and then our video diagnostics platform, which shows customers’ information.”

The latter use case will allow K-Bot to diagnose - for example - the root cause of bad streaming experiences.

“Being similar to Netflix, we are burdened with customers having their own devices, using their own internet connections, and own operating systems,” Pena said.

“A customer [with a bad streaming experience] will normally contact us straight away.

“With our access to the video diagnostics platform, we’ll have the customer pick the session that they were trying to watch and then we’ll interrogate their exact experience so whether they were on a poor internet connection, unsupported device or unsupported OS, after verification [of that user].”

Though no specific timeline was set, Pena indicated that “in the near future … K-Bot will become a mind reader”.

“So instead of asking what the customer is having an issue with or what they need help with, with the data that we have access to, we’ll preempt what they have got in contact with us for,” he said.

“If we know that they’ve had an error streaming their service, then we’ll go ‘is this what you’re contacting us for?’

“Or if you’ve just had a billing experience ‘is this what you’re contacting us for?’”

Further out, Kayo Sports also indicated that “K-Bot will get some friends” though the company did not elaborate further.

Ry Crozier is attending Dreamforce 19 in San Francisco as a guest of Salesforce.