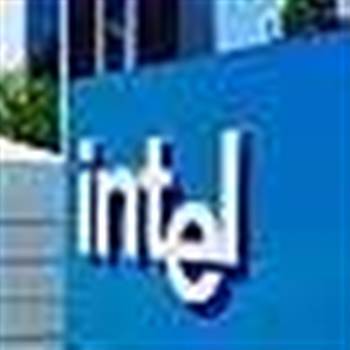 Chipmaker teams up with university researchers on third-world connectivity.

Researchers from Intel are working with students from the University of California at Berkeley to find new ways of bringing the internet to developing countries.

Intel researchers, university professors and graduate students are working on a number of ways to expand the internet beyond the industrialised world to the 5.5 billion people on the planet who are unable to access the web.

"These areas are very remote and sparsely populated, so it is very expensive to get connectivity using traditional wire-lines," student researcher Sonesh Surana said.

"The carriers that provide these services tend to go to areas where there is a certain base of paying customers."

To solve this problem, the research teams have developed a number of wireless systems designed to relay signals over wide expanses of land.

One of those projects is the Rural Communications Platform which uses a system of wireless relay stations with ranges of up to 100km to "daisy chain" wireless connections over long distances.

To achieve this, the researchers had to develop an entirely new wireless protocol optimised for remote locations.

"You are taking a signal from an urban area and beaming it across multiple antennas to a rural village that might be hundreds of miles away," explained Meghan Desai, a researcher with Intel's Emerging Markets Platform Group.

"Traditionally you would have a fibre-optic backbone running through that system, so it is replacing something like that."

While the initiative is aimed principally at connecting rural areas into the internet, it is also using technology to improve the quality of life.

Surana explained that the wireless platform could be used to connect people in rural areas with medical specialists such as eye-care doctors.

"In two places the hospitals wanted to start vision centres, but there was no network connectivity provider," he said.

"So we enabled these two centres and we put in links for another three centres. Over 14 months we have enabled 18,000 examinations in areas that did not have eye care access before."

The projects are all in the very early phases of testing, however, and few will ever see widespread deployment or introduction to a commercial market.

Eric Brewer, director of the Intel Berkeley Research Lab, explained to reporters that the goal is not to pump out a continuous line of new commercial products, but to research a number of fields in the hope of making one or two major discoveries.

"The long-term value is to get a few 'home runs' over the course of a decade, " he said.

Andrew Chien, director of Intel Research, added: "I think Intel is a pretty enlightened company, and is very used to thinking about the long range. All these researchers want to do something that is going to make a difference."

Got a news tip for our journalists? Share it with us anonymously here.
Copyright ©v3.co.uk
Tags:
boffinsintelnetworkingruralshowcasewifi