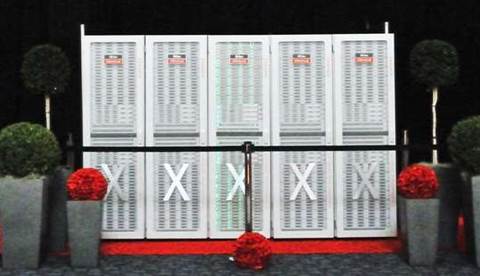 How the Commonwealth Bank saved on shared database.

The Commonwealth Bank has deployed PeopleSoft 9 financials suite - the first production application to use the second generation of the bank's shared database service.

Nicholas Tan, head of infrastructure and platform solutions at the CBA delivered attendees at the Oracle OpenWorld conference an in-depth look into the bank's journey to offering internal business users access to IT resources on a utility-style basis.

Since 2007, the CBA has consolidated some 300 Oracle database schemas onto just three database instances.

The shared service essentially means that multiple bank applications access the same database instance on a large machine rather than being provisioned with smaller standalone database servers, and business units are charged by the IT department on the basis of how much of the resource is used.

In May 2008, the bank embarked on a project to deploy Oracle database-as-a-service using commodity SPARC-based mid-range servers running the Oracle 10G database.

Then in July 2010, the bank deployed its latest shared database platform - the Intel-based Exadata database machine, which is used for applications running the Oracle 11G database.

This latest generation of the bank's shared database platform is deployed on two Exadata machines - a full rack being used for development and production instances (including the PeopleSoft implementation), and a half-rack located 50km away being used for both disaster recovery and testing.

BILLING AS A SERVICE

The Commonwealth Bank's business units are billed for use of the shared database platform according to CPU-usage per month, plus an additional charge for monthly data storage.

Tan told attendees the bank's chargeback model "took a lot of time to work through".

The IT team began by suggesting a variety of metrics to pull out of the system. These included database time, database CPU, physical reads and logical reads.

But Tan explained that these granular methods of calculating chargeback proved too confusing for business users.

"The business doesn't understand them," Tan said. "So we settled on a basic CPU per-month charge - if only because it was simpler to understand compared to other available measures from monitoring tools such as DB Time."

The IT team set a base hosting fee of 0.5 CPU per month, with monthly usage being calculated in 0.5 CPU increments above and beyond the base.

Tan said that to charge in increments as low as 0.1 CPU "would be overkill".

Storage utilisation is also measured and charged on a monthly basis, and the cost of disaster recovery services are built into the monthly bill.

The bank went to considerable effort to ensure buy-in across the business for the as-a-service model, combining a top down effort at enterprise architecture level as well as a bottom-up series of one to one change management briefings for business unit system owners.

Some business users, Tan said, had slipped into a mode of "set and forget" for cost of supply and were naturally surprised by their use of database resources under the pay-as-you-go model.

"There were many conversations along the lines of 'I haven't budgeted for that'," he said.

But in the medium term, most business users found that the pay-as-you-go model saved money as their business unit didn't have to pay for resources during low utilisation periods.

It also alerted business managers to areas of IT waste. Using Oracle Enterprise Manager, for example, a business user could be provided a list of top ten bad database queries. Business users now had a cost incentive to reduce this overhead.

DBA's [database administrators] were soon sent messages such as "please fix this code, it's costing me a bomb," Tan said.

"Once you have an incentive to look closely at the use of these resources - you tend to end up with lower costs in total."

By time-sharing the database resource, the bank has now 'booked' more CPU-hours than the number of CPUs in the machines - a far more efficient use of the asset.

Read on for more on business benefits and how the bank ensures system reliability...