Inside Qantas' next gen check-in project 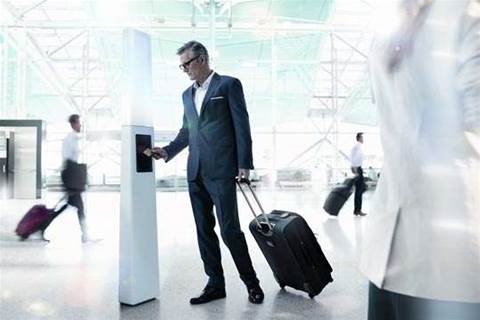 Qantas has credited a small, internal workshop at the airline for sparking the two-year, $200 million project that helped to halve check-in times at domestic airports.

The ‘next generation check-in’ project, conceived in 2009, has so far delivered automated check-in kiosks in Australian capital cities, 21 regional airports, as well as Auckland and Wellington in New Zealand.

Passengers who choose to use the new, self-service system are able to check in within 30 seconds, avoiding queues and delays associated with traditional airport check-in counters.

The automated processes allow passengers to check in online, via a mobile device, by tapping their frequent flyer cards against custom-built 'Q Card Readers', or entering booking details into automated kiosks.

The kiosks transmit data in “close to real time” to automated bag drop stations, which either program passengers’ reusable RFID bag tags or print adhesive tags before sending luggage to the appropriate airplane.

Qantas head of technology Gabrielle D'Alessandro told iTnews that the project involved a core team of 200 workers including contractors, about 70 in-house staff and 60 from integrator IBM.

Some 200 vendors were involved in the installation of Q Card Readers and IBM’s N Series check-in kiosks, including manufacturing radio frequency identification (RFID) scanners and bag tags, development, and integration.

Regan said IBM had worked on Amadeus integration projects with other airlines but the end-to-end Qantas check-in system was one of the first of its kind.

Qantas outsourced its project delivery functions to IBM in 2009 under a seven-year agreement that extended an infrastructure outsourcing relationship begun in 2004.

Under-budget, ahead of schedule

It began trialling the technology in Perth in July 2010 and launched next gen check-in kiosks in Sydney in November that year.

Union members complained in March 2011 that passengers were unhappy with the new technology, with reports of passengers taking their frustrations out on Qantas staff.

D’Alessandro said Qantas monitored user behaviour on the new system, storing details about check-in use, time taken, as well as numbers of passengers and bags in its corporate data warehouse.

The information was analysed by various teams and used to improve user experience, resulting in a number of tweaks to the “flow of the screen”.

Though Qantas' hosted Amadeus booking system has been hit with several outages over recent years, D’Alessandro said Qantas’ increased reliance on technology did not necessarily expose passengers to more outages. The airline had improved its business continuity plans to cope with such outages, she said.

Qantas introduced the next gen check-in kiosks in Auckland and Wellington late last year and has agreed to test the technology with partner British Airways in London, after the Olympics.

But D’Alessandro said the current next-gen system would likely remain within its domestic arm only, noting that international flights had a different set of security, visa and passport requirements.

She hinted that a new automated check-in offering for international departures was in the works but would not reveal when Qantas would introduce such a service, or what it might entail.

“The world has changed since then.”

Earlier this year, Qantas chief executive officer Alan Joyce said it would boost productivity by improving infrastructure, people, processes and technology – including aviation technology and IT.