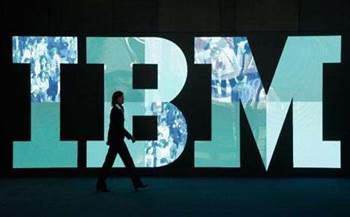 The federal government has locked in a deal touted to be worth up to $1 billion with mega vendor IBM as its efforts to extract better value from major enterprise suppliers grinds on.

The five year deal is a coup for the supplier which has been fighting a rear-guard action to keep its heavily entrenched business across federal agencies following a series of bungles and blowouts including the Census fail debacle and previous problems at Health and Immigration.

“As a major buyer of IBM’s products and services, the deal enables us to maximise the return on our ICT investments and ensures that taxpayers are always getting the best possible value for money,” Minister for Human Services and Minister Assisting the Prime Minister for Digital Transformation Michael Keenan said in an announcement.

The size of the deal will do little to allay fears that key agencies including Medicare have become essentially captive to IBM’s legacy mainframe systems that are gradually running out of support.

The Turnbull government had attempted to recast the payments processing deal at Medicare by sending the work to external payments and claims processors but the approach to market was junked amid the last election's so-called ‘Mediscare’ campaign.

“As well as discounted prices, the new agreement contains other benefits such as access to software upgrades over the life of contract and other innovations being developed by IBM,” Keenan said.

"These additional benefits will help to future proof our ICT procurement against unexpected cost increases as technology rapidly evolves.

“Services offered by IBM Australia include software solutions and IT support, cloud services, and the building and maintenance of IT systems.”

Keenan is talking-up the bargaining muscle of the DTA’s new contractual framework and said the latest deal ­­“harnesses the bulk-buying power of the entire government to secure the best possible prices for all departments and agencies, regardless of their size or how much they spend".

The announcement also conspicuously hedges against likely criticism from IBM's competitors that Canberra is continuing to hand over massive deals to big tech and leaving local companies on the sidelines.

Keenan said the new deal has been structured "to enable small and medium-sized firms to engage with IBM through ‘channel partner’ arrangements to ensure they also benefit."

There is also conspicuous referencing of governance and procurement process amid sensitivity over the size and scale of the deal, especially big whole of government arrangements which have periodically been criticised as a means of entrenching incumbent suppliers.

"Whole of government agreements align with the findings of the 2017 ICT Procurement Taskforce report which recommended a coordinated process be mandated for significant IT procurement and IT vendor relationships," the announcement from Keenan said.

"That coordinated process allows for better oversight of contract delivery and greater accountability of how public funds are being spent."

This is a breaking story. More to come...