DTA casts doubt over blockchain for govt use 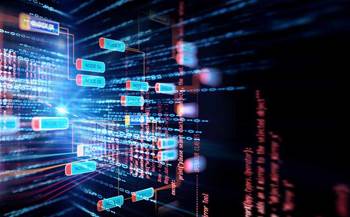 Sees some uses, but also other better tech options.

The Digital Transformation Agency is using some of its engagement with agencies around blockchain to work out whether a “better technology alternative” exists instead.

The DTA was directed by former Prime Minister Malcolm Turnbull to investigate potential applications of blockchain across government in May.

At the time, DTA said it had discussed blockchain options with agencies including Home Affairs and ASIC. That number has grown significantly over the past five months.

Other agencies including Treasury, Reserve Bank of Australia (RBA), IP Australia, ASIC and APRA were also exploring the potential of blockchain, Alexander said.

Alexander characterised the DTA’s work as “discovery” - in the agile meaning of the word - though he noted that some preliminary conclusions about blockchain had been drawn.

In short, DTA is unconvinced.

“A lot of the engagement [we have] with [agencies] is comparing blockchain against existing technologies,” Alexander said.

“It would be our position today - and this is early in our light up on this - that blockchain would be well worth being observed but without standardisation and a lot of work to come in it, for every use of blockchain you would consider today there’s a better technology alternative.

“I want to say to be clear we’re not saying blockchain doesn’t have potential. It’s just today without standardisation there is a challenge of blockchain becoming a little fragmented and when we get into a standardised world, the opportunities for blockchain will grow.”

Alexander also raised concerns that blockchain might not be suited to many government applications.

“Generally speaking when government is engaging with someone, we want to have a trusted relationship with them,” he said.

“We want to know who they are, what they’re entitled to and we want to give them a service that’s personalised and meets their needs.

“Blockchain is good for low trust engagement where you don’t know who you’re dealing with, you have low trust in that person or business, but you have a series of ledgers that can give you some validation.

“It’s transactional in that interaction. It doesn’t build a maintenance of trust ongoing - it just does that transaction.”

Still, there were likely to be some applications. Home Affairs, for example, is exploring blockchain use in cargo tracking and border protection, IP Australia in food provenance such as baby formula, and Human Services for either Centrelink or National Disability Insurance Scheme (NDIS) payments.

The United States' National Institute of Standards and Technology (NIST) recently found very few use cases for blockchain in which it was better suited than an alternative technology option.