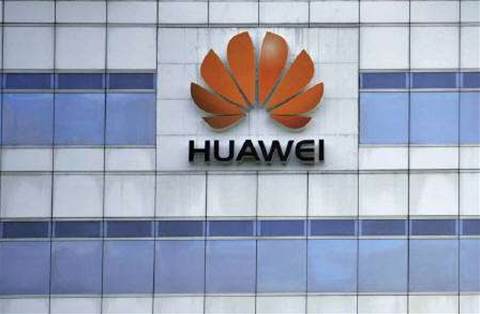 China's Huawei Technologies has filed a lawsuit to block Motorola from selling one of its business units to Nokia Siemens Networks, demanding that the US$1.2 billion deal be altered to avoid infringing on intellectual property rights.

Nokia Siemens is seeking regulatory approval in China for its agreement to buy Motorola's network equipment unit. Huawei wants the deal to exclude any equipment based on widely used GSM and UMTS technology standards.

Huawei alleged a possible infringement of intellectual property rights by Motorola in a lawsuit filed on Monday in the U.S. District Court for the Northern District of Illinois Eastern Division.

Motorola's GSM business represented about 35 percent of an estimated US$3.65 billion 2010 revenue for the networks business, according to Avian Securities analyst Matthew Thornton. He said Motorola, now Motorola Solutions, does not have a material UMTS business as it depends on reselling Huawei's UMTS gear for high-speed wireless service.

"The biggest risk is that it prevents the (Nokia Siemens) deal from being completed," Thornton said. "In a worst case scenario they might have to renegotiate the deal."

Motorola Solutions said the case is without merit and it still aims to close the Nokia Siemens deal early this year. Before the deal can go ahead, it needs approval from China's antitrust authorities. Motorola said it is still working with those regulators. Representatives for Motorola Mobility and Nokia Siemens declined to comment on the Huawei suit.

Avian's Thornton said the deal with Motorola would push NSN well ahead of Huawei in the network equipment market, where the rivals are neck-and-neck for second place.

NSN, a venture of Finland's Nokia and Germany's Siemens, said in December that completion of the deal -- originally expected by the end of 2010 -- would be delayed until the first quarter of 2011 because it was still working for approval from China's Anti-Monopoly Bureau.

The deal has been cleared in key markets in North America and Japan.

Huawei said that it filed the lawsuit because Motorola, its partner since 2000, did not give it any assurance that it would not transfer Huawei information to Nokia Siemens.

"To the contrary, Motorola's proposals to address Huawei's concerns in this regard have confirmed Motorola's intent to disclose and misuse such information," Huawei said in the suit.

Under their partnership, Motorola resold US$878 million worth of Huawei products to its customers, and the companies worked together to maintain the equipment, according to Huawei.

Huawei said that due to the relationship, Motorola has information including plans for future products and technical specifications related to product performance and testing.

"If the deal was closed according to the way it's structured right now, the doors fling open," said Bill Plummer, Huawei's vice president for external affairs. "Once it's shared, it can't be unshared."

Motorola itself filed suit against Huawei in July alleging theft of trade secrets via former Motorola employees who gave information to Huawei's founder.