How NBN Co pieced its service assurance function back together 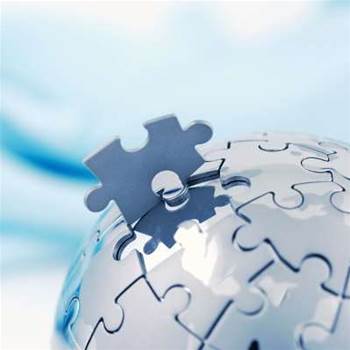 NBN Co transformed its service assurance function - the part of the company that deals with service faults and outages - under a program of work codenamed ‘Jigsaw’ that is already said to have delivered $100 million in ‘benefits’.

The transformation started around the end of 2017 though has been set up in such a way that there is no defined end-date.

“We had no border pieces on our picture puzzle for this,” capability and experience design senior manager Mike Dyson told a recent Panviva webinar, continuing with the jigsaw analogy.

According to an online description, the Jigsaw transformation set out to “create a flexible, simple yet dynamic interface that displayed information from multiple downstream systems into a single screen to reduce the number of swivel chairs, optimise the work processes and provide access to new data to help service assurance operators make right decisions.”

It is built mostly using Salesforce service cloud and lightning web components (LWCs), together with some “complex integrations” with other systems.

“The focus was on improving the key business metrics such as wholesale broadband agreement SLAs, average handling time, right first time and mean time to resolve (MTTR) across all [access] technologies,” the online description states.

Many of these metrics are now published by NBN Co on a monthly dashboard.

A separate online description of the program notes Jigsaw is both “a single pane of glass application and a major transformation initiative” and “a game-changer for service assurance, which enables [them] to be in a position to provide exceptional customer-led service whilst achieving our metrics.”

“For service assurance to achieve its metrics, operators needed to adopt the new application, change their old ineffective habits and get used to a new way of working,” that description reads.

Dyson told the recent webinar that pre-Jigsaw, service assurance was heavily siloed both by access technology and then individual function.

“Each team was like a specialist little group that only dealt with subsystems,” he said.

The structure created accountability issues. “Everything was a ‘they’ problem,” Dyson said.

“How do we actually bring the people together, not just with the customers, partners and field workforce, but also internal staff, even [across] the siloed boundaries?”

There were also substantial challenges embedded in the systems used by service assurance.

“They had 50-plus systems to use, and Excel was everywhere,” Dyson said.

Moving into the final part of the volume rollout, and with regulatory pressure on service levels, the company faced the prospect of having to hire potentially a few thousand extra staff to handle service assurance under its existing structure.

Instead, it decided to embark on a transformation of both the function and its systems, and Jigsaw was born.

“Jigsaw was a combination of process optimisation, automation, and simplification of UI,” Dyson said. “It was made of many pieces.”

Dyson said he used “storytelling” internally to position the need for change and to redesign service assurance systems and processes.

A crucial task was understanding where existing service assurance processes were inefficient and led to poor service outcomes, and correcting those.

It became clear, for example, that a simple back-and-forth exchange between NBN Co and a service provider initiated multiple steps and requirements on NBN Co’s end.

“If we sent a note to a service provider asking for further information … it was a six-system, six-minute process to effectively get to the point where we contacted a provider and asked them to tell us what the customer sees when [a problem] occurs,” Dyson said.

“The provider wrote back, ‘Sure, we’ll let you know’. And our team groans - that’s triggered all our SLAs and our processes - they’ve got to pick up the ticket, assign it to themselves, do this, do this. Then we had to work out what to do with it.”

NBN Co’s service assurance operators were often asked about a “remediation date” - that is, when a problem was expected to be fixed.

Dyson noted that the date often shifted due to third-party influences such as council permissions and other factors.

However, NBN Co did not publish the date anywhere, nor update it.  “Customers had to chase us,” Dyson said.

Examining this process, NBN Co discovered it took an operator 14 minutes per transaction “just to find out what the new date was”.

“We received enough [volume of this type of request] to warrant being 150-200 hours of answering just that one date question a week, in one team, where six teams took these inquiries,” Dyson said.

This showed NBN Co that “not automatically publishing a date was leading to customer dissatisfaction and huge internal costs”, according to an accompanying slide.

System complexity was also a challenge on the retail service providers’ (RSPs’) end.

There had been a perception in parts of NBN Co that RSPs “needed to train their staff better” to prevent tickets being passed back and forth between the two organisations, according to Dyson.

But after examining processes on both ends, NBN Co came to the conclusion that it expected its partners to do more than NBN Co itself did.

Where NBN service assurance staff were very specialised, RSP support staff were expected by NBN Co to be able to troubleshoot across all access technologies.

That realisation is said to have been a “lightbulb moment” within NBN Co, where the company worked out that it took longer to achieve proficiency in its systems than necessary.

“We even met some of the operators who told us that our toolset was so complex and so heavy that they left their jobs because they hated working on the toolset that much,” Dyson said.

The Jigsaw transformation was designed to fix these issues and prevent end users being given the runaround when trying to troubleshoot problems with their connection.

Dyson said that to date, the Jigsaw digital transformation program has “delivered more than $100 million of benefits”.

He lauded the power of “storytelling” in illustrating existing internal processes and the need to transform them, and in getting executives and staff onboard with the effort.

“You can imagine most people freak out when they’re doing digital transformation and also automation with the operators, so we gave them stories around what each of the automation streams was doing,” Dyson said.

“One [type of automation we introduced through Jigsaw] was the ‘messenger’ who was just sitting there gathering information and passing it onto the right person, it was the postie.

“Another one was the ‘investigator’ who was sitting there gathering all the insights and allowing you to be the detective.

“The last one was the ‘defender’, who was shielding you from the work that should never be looked at.

“Once we created those personas and stories, all the operators felt this was amazing. Through that, that’s how we got that change.”