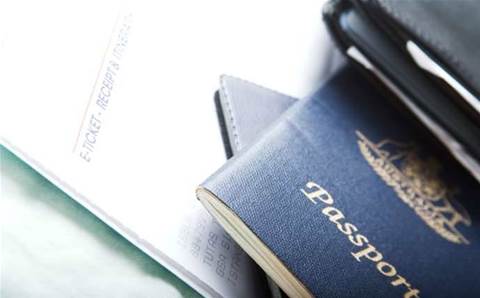 The Department of Home Affairs spent almost $92 million on the government’s controversial billion-dollar visa processing platform outsourcing before the plan was dumped in March.

The department revealed the final cost of the failed project in recent answers to questions on notice from senate estimates.

It said a total of $92 million - which is $12 million more than the last cost estimate - was appropriated for the “design and procurement of GDP [global digital platform]” over three years, as at March 31.

Home Affairs received more than $250 million to reform the country’s visa processing arrangements since 2017, including $72 million for the design and delivery of a new platform.

The funding was used for the “co-design and development of business requirements”, the global digital platform request for tender process, probity, legal and assurance and IT readiness costs.

“A combination of both internal resourcing and external contracts were utilised throughout this process,” the department said.

External parties, including consultancies, law firms and other advisory firms, netted just under $65 million for their involvement in the design and procurement of the global digital platform.

The majority of the work flowed to the Boston Consulting Group, which held contracts valued at $43.5 million.

Almost $8 million in contracts were awarded to KPMG, while $2.7 million, $2.4 million and $2.1 million flowed to Minter Ellison, Pragma and Ernst & Young respectively.

Home Affairs documents show PwC-owned Strategy& was awarded $2 million in contracts, while Noetic, Maddocks, McGrathNicol, Ngamuru and MXA picked up work worth a total of $4 million.

While not detailed in documents, Home Affairs also provided at least $2 million to the two consortia of bidders shortlisted to participate as a condition of the co-design phase of the procurement.

These consortia of bidders were Australian Visa Processing - which consists of Ellerston Capital, PwC, Qantas Ventures, NAB and Pacific Blue Capital, and Australia Post and Accenture.

The vexed procurement for the platform was terminated by the government in March after the government adopted a “broad new policy approach” in the wake of the Thodey Review.

The move came more than two years after the Department of Home Affairs approached the market for an external provider to design, build and operate a platform that would replace the country’s two existing visa processing platforms.

It followed a recommendation by a senate committee consisting of mostly Labor and Greens senators that the government should scrap the outsourcing and build the system in-house.

The platform, which was expected to be rolled out in 2021, was envisaged to process 90 percent of all visa applications, and integrate with other third-party systems to allow individuals to apply for visa as the point of booking travel.

“A new market consultation process will be conducted in collaboration with the Digital Transformation Agency,” the department said in response to answers to questions on notice.

“This work has been delayed due to the focus on the COVID-19 response, and will commence shortly.”