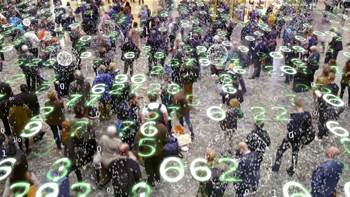 The Department of Home Affairs’ initial ‘face on the move’ passenger recognition technology trials at an Australian airport have correctly matched 94 percent of travellers.

The result is from a Canberra Airport trial of the department’s new automated biometric border control solution that uses facial recognition to clear travellers at arrivals.

The new solution is intended to match individuals against facial images stored in airlines’ advanced passenger processing systems, removing the need for travellers to present their passports at the gate to clear immigration

Home Affairs is in the process of replacing its fleet of ageing Morpho-based arrivals smartgates at all international airports with the solution.

It awarded border technology provider Vision-Box – who currently provide the newer smartgate technology at departure gates around the country – a $22.5 million deal last July to overhaul the arrivals process.

The department is aiming for 90 percent of international travellers to be processed by automated means by 2020.

Canberra Airport was the first to receive the new smartgates last November, but initially operated in ‘contact’ mode only and still required travellers to insert their passports to be processed.

But now the department has used the automated solution to conduct a ‘face on the move’ trial with 2200 travellers.

“A ‘face on the move’ trial was undertaken at the Exit Marshall Point and involved 2200 travellers,” the department said in answers to questions on notice from budget estimates.

“On average, 94 percent of the participating travellers were correctly matched, and no identification errors occurred.”

The department also revealed that it has begun trialling the new smartgate technology at Sydney Airport.

The “biometric data capture exercise” collected images from around 20,000 travellers to “assess the matching performance of the latest facial biometric matching algorithm from a world-leading vendor that will be used in protection systems”.

The trial’s false accept rate for matching “captured traveller images against reference images” was “measured to be below 1-in-4000” or 0.025 percent.

However this was “for a high throughput threshold setting”.

The facial recognition technology, which is also provided by Vision-Box, allows passengers to complete most pre-boarding processes using just their face.