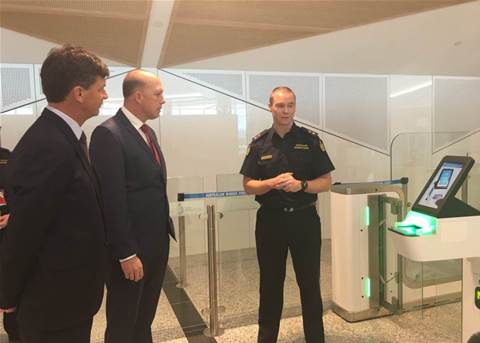 Will use facial biometrics to wave through travellers.

Canberra Airport will become the first in the country to receive new Vision-Box smartgates that will eventually allow travellers to flow through the airport without having to produce their passports.

The federal government signed a $22.5 million deal with the border technology vendor in July to replace all the smartgates at airport arrival halls around the country.

It removes the need for travellers to present their passport at the gate.

The smartgate installation is part of the Immigration department's plan to be clearing 90 percent of international travellers through automated solutions by 2020.

Immigration had previously indicated Canberra airport would be the first to receive the new smartgates but had not provided further detail.

It has now revealed the new technology will be installed at the airport early next year.

But the smartgates will begin life in 'contact' mode only - meaning travellers will still need to insert their passport in order to be processed through the gate.

The so-called contactless mode will be switched on at an undefined later date. The Immigration department has been contacted for detail.

A remaining 105 smartgates will be installed across Australia's other international airports throughout next year and 2019.

Digital transformation minister Angus Taylor indicated the smartgates in contactless mode would be able to process individuals in about 20 seconds.

The project will also see the incoming passenger card and exit marshalling process replaced with automated technology, and integrated with a new Pega business process management system that will act as the central decision maker for border clearances.