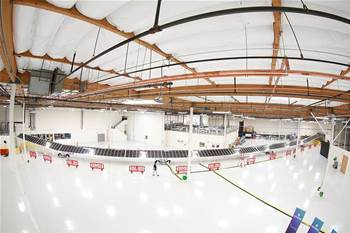 As early as next year.

HAPSMobile, the high-altitude internet hopeful backed by Japan’s Softbank, is set to run a proof-of-concept for its broadband service above Queensland as early as 2021.

The company revealed its plan on Wednesday night and said it is already in the process of securing regulatory approvals, which it hoped to have sometime this year.

HAPSMobile plans to fly solar-powered drones called HAWKs in the stratosphere to provide “super-wide network coverage from the sky.”

The HAWKs are designed to fly all year round, though the company says the current model won't be able to do that during winter in parts of the world where daylight hours are too few.

HAPSMobile said in early 2019 that its local operations would be supported by Lendlease.

It now says the two will form a local operating entity, with a view to launching commercial services in 2023, in line with commercialisation plans in other markets.

“Currently we are progressing the planning and development stages for HAPSMobile proof of concept trials and demonstrations to commence in Australia before the commercialisation with central operations based in Queensland,” the company said.

“This includes the approval process that we have already commenced with the Civil Aviation Safety Authority (CASA) in Australia.

“Commercialised HAPSMoblie service in Australia, is targeted to launch in 2023.

“As part of our development plans, together with Lendlease we intend to establish an Australian entity as a local operation company.”

The company said in a timeline that it anticipated “CASA approvals for Australian flight trials” to be completed in 2020, with certification for demonstration flights or a proof of concept in Queensland scheduled for 2021-2022.

HAPSMobile is one of several global players whose arrival in Australia could shake up the internet market and redefine the future role of NBN Co.

Recognising the arrival of such services is likely to change the landscape of Australian broadband provision, NBN Co has said it could look to rent capacity from these services in future, instead of replacing its own satellites.