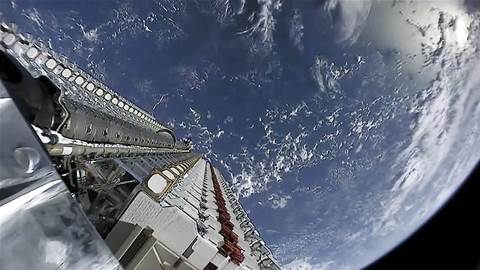 Rather than go to the expense of deploying its own satellites again.

NBN Co is not set on putting more satellites of its own into orbit, and may instead look to buy into - or from - a low earth orbit constellation to power the next generation of its Sky Muster service.

The company will eventually need an upgrade path for the Sky Muster service once the current satellites near their end-of-life.

It has long been linked to plans to deploy a third satellite of its own.

But with the source of funding for those future upgrades still uncertain, it’s been revealed that NBN Co may simply decide to exit the satellite ownership game altogether.

NBN Co's chief development officer for regional and remote Gavin Williams said the company had no “particular religious zeal” to remain satellite owners and operators into the future.

Williams said the company would need to start exploring future options for Sky Muster in about five years - giving it a further five-year lead time to come up with an appropriate upgrade path for the satellite footprint.

“NBN satellites have a planned life of around about 15 years. We're five years into that,” he said.

“We'll need to make purchase decisions on what we do in anticipation of the expiry of the life of those satellites [in] about five years.

“I reckon that's pretty lucky because there's a lot going on in the next five years, not least the potential for nanosats. My view is [that] they could be a great opportunity for NBN Co to support regional Australia.

“We could well become a [capacity] buyer. I don't see a particular religious zeal on our part to be owners of satellite infrastructure, and if those constellations prove to offer better, faster, cheaper service for the bush, then in the context of the timeframes I'm talking about, I think we'd be very interested in exploiting those kinds of technologies.”

SpaceX has already started the regulatory process to obtain permission to operate its Starlink satellite broadband service in Australia.

It is one of several companies wanting to use constellations - large fleets - of low earth orbit (LEO) satellites to provide internet services in the future.

A potential spanner for NBN Co could be whether or not LEO constellation operators even entertain leasing or selling capacity to a company like NBN Co.

Then there is the challenge of being able to procure a Sky Muster replacement that can compete against a service like the one SpaceX's Starlink promises to deliver.

Some internet users in regional and remote Australia are hoping Starlink will sell internet services that are better than Sky Muster, enabling them to bypass the NBN entirely.

Where NBN Co will get the money to fund future upgrades to the fixed wireless and satellite parts of its network also remains an open question.

The government is still trying to push through the regional broadband scheme (RBS) - aka the ‘broadband tax’ - on high-speed fixed-line services, but this will not cover the full upgrade or replacement costs for fixed wireless and satellite.

The government is trying to avoid having to make a future call on the budget to pay to upgrade NBN Co’s regional and remote network, but it may be unavoidable given their loss-making nature.