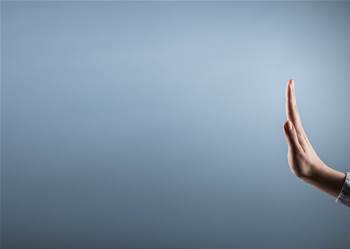 But it has offered the lead IT policy and procurement agency the assistance of the powerful secretaries board to better coordinate digital and data initiatives across the Australia Public Service.

The root-and-branch review of the APS, released on Friday, recommended that the government strengthen the DTA’s position as the Commonwealth’s chief digital adviser to accelerate transformation.

It found that the agency’s lack of “authority and resources to drive the digital agenda” was impeding the APS progress on data and digital initiatives, particularly the development of common platforms.

“Today, whole-of-government data and digital functions are fragmented and incomplete,” the report states.

This view is also held by the agency, which used its submission to the review to push for better - or at least more formalised - coordination arrangements between agencies.

“Governance over whole-of-government change is one aspect that could be reviewed,” it said at the time.

To address these concerns, the review recommended that that government consider moving the “Commonwealth digital functions [which currently reside with the DTA] into a stand-alone central department”.

“In the medium to long term, to support ongoing transformation, digital functions could be transitioned to a standalone central department led by a secretary,” the report states.

This would see the agency move out of Services Australia - where it has been since June - and into either Finance, Treasury or back to the Department of Prime Minister and Cabinet.

But while government said it would continue to strengthen the agency in its response to the review [pdf], it stopped short of any structural changes.

“The government notes the proposal that, in the long-term, it consider moving the DTA to a stand-alone central department,” it said.

It will instead build the DTA’s “capability and role” so that it can continue to support the APS’ digital transformation, though provided no detail on what this would mean in reality.

The government has also agreed to another review recommendation: ensuring the DTA is “actively support[ed]” by the secretaries board and can “discharge its responsibilities”.

Despite refusing to give the DTA more clout, the government has come to the table on another of the agency's wishes: improving the way in which government IT projects are funded.

Last month, Minister for Government Services Stuart Robert used an address to the Australian Information Industry Association to call out problems with the current paradigm.

“The current funding models for technology projects have failed to keep up with the growth of cloud and other service and subscription-based models of sourcing technology,” he said.

Roberts has asked the DTA to work with key departments like Finance and Defence to explore agile funding models that could be used to support digital projects in the future.

While not mentioned in the government’s response, the review indicates that this could include adopting an investment fund like the public sector modernisation fund.

This model has been adopted in NSW, where the government is seeking to legislate a digital restart fund that provides $100 million in seed funding for government-wide digital projects.

Other “innovative mechanisms” outlined in the review could include staged funding, which it says is “particularly suited to some large-scale risky investments (such as some ICT projects)”.

It comes after the review found the “fragmentation of current funding processes further inhibits the government’s digital agenda”.

“The absence of a mechanism for smaller and more frequent release of funds makes agile delivery difficult and constrains development of more innovative digital tools and services,” the review states.

“To address this, spend controls for digital initiatives need to sit closer to those with the deepest digital skills and expertise.”