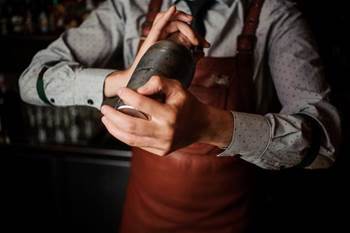 The minister charged with overseeing the government’s grand Services Australia experiment used an address in Canberra on Friday to call out decades of deep-rooted problems with federal budget approval processes and their undesirable effects.

“The current funding models for technology projects have failed to keep up with the growth of cloud and other service and subscription-based models of sourcing technology,” he told vendor lobby group the Australian Information Industry Association (AIIA).

“The current funding processes are also inhibiting the take up of more agile ways of delivery at a time when the era of billion-dollar monolithic technology projects that take a decade or more to deliver is clearly past us.”

Canberra – like most other state and territory governments – has long struggled with an IT investment process that has historically favoured big-bang, waterfall-based technology projects over more agile and faster delivery methods.

The CapEx and OpEx investment model, which was designed for owning IT assets – especially software intangibles – rather than consuming them as services, is considered one of the biggest handbrakes for government IT shops.

“Current processes of funding technology have more in common with funding long-term infrastructure projects rather than innovative digital ones: Capex vs Opex, on-prem vs cloud, waterfall vs agile, products vs services, whole of government outcomes vs individual agency offsets,” Robert said.

“We need to move to a much simpler, faster and agile way of releasing funding for digital projects.”

Robert said he had asked the Digital Transformation Agency to work with key departments like Finance and Defence to “explore different funding models that could be considered in the future to address the current issues”.

The DTA has been lobbying Finance since at least April 2018 to look at options, including the creation of a digital-specific investment fund, to better support agile delivery methods, though it appears the government has been slow to take the calls seriously.

But with the minister’s remarks on the issue of IT funding – which are some of the first to be uttered by a Cabinet minister in recent years – it appears reform is now back on the agenda, buoyed the government’s renewed focus on service delivery.

In some ways the industry has already moved ahead of the government, with most SaaS and cloud software offerings now the norm rather than the exception, placing public sector deals in a more difficult position in terms of negotiating better deals.

Robert wants that to change.

“We must enable agencies to try things, learn and scale up or share their learnings before significant amounts of money and reputation capital are sunk into projects that may not deliver what they set out to do,” he said.

Robert said ensuring the IT funding model was suited to contemporary ways of working would allow the government to “move more quickly when trying new solutions and capabilities or scaling up platforms to address emerging needs”.

It could ultimately see the government take pointers from NSW government and establish a digital investment fund – a central pot of funding aimed squarely at supporting government-wide digital projects.

Robert also intends to use funding reform to address the issue of the “current siloed approach to technology architecture”, which he has also asked the DTA to investigate.

“In the first instance, I have asked DTA to engage with the largest technology shops in government – Defence, Home Affairs, ATO and my department – to create a taskforce that will explore what a single whole of government technology architecture may look like,” he said.

“It will start by identifying critical technology capabilities that support broad business outcomes and progressively develop a more nuanced view of strategic capabilities across government.

“Consistent with the digital platforms strategy, we will then be able to identify and invest in scalable platforms across whole of government in an effective and more efficient way.

“For example, if we are already investing taxpayers’ money in developing a digital identity system, or a payments utility, or a voice biometrics capability, we should investigate whether such platforms can be scaled up, rather than simply start doing the same thing again and again, at great effort, time and expense.”