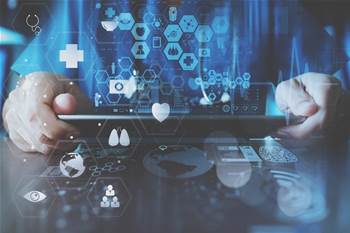 The Australian Digital Health Agency has kicked of its search for a new national infrastructure provider for the My Health Record system ahead of the 2020 expiry of its deal with Accenture.

Just two weeks after informing industry of a potential request for information later this year, the My Health Record system operator has begun seeking information from prospective future providers.

The agency is after information “about potential future options” for the e-health system, which switched from opt-in to opt-out earlier this year, as well as other digital services it delivers.

It is particularly keen to embed bots, AI, big data and IoT into the platform where possible to deliver an improved user experience for more than 20 million Australians that now have a record.

Accenture has held the lucrative deal for the design, build and integration of the system since 2011, when it was known as the personally controlled electronic health record (PCEHR).

Under the deal, the IT services provider has built the system’s core IT infrastructure and number of portals to access the record, with a consortium of suppliers like Oracle and Orion Health.

Contracts published on AusTender put the total value of Accenture’s deal at $916.5 million between August 2011 and June 2020, according iTnews analysis.

The ADHA has been contemplating replatforming the My Health Record for at least the last few years, though only initiated talks with relevant standards organisations last year.

Getting the platform right is particularly important now that the system is regarded by the agency “to be the core component of Australia’s national digital health services”.

Shifting the My Health Record to a cloud-based platform and leveraging open source software was previously flagged to help reduce costs.

But on Thursday, the ADHA said it currently has “no defined structures or requirements for the future” and intends to use the information it receives to “inform the development of future plans”.

“The agency does not have a fixed view on the future design or technologies, nor does the Agency assume that the current model, technologies, operations are how the national infrastructure should operate into the future,” documents state.

This is despite the agency conducting “a series of market research and engagement activities to understand potential design consideration for the future” of the past two years.

As such, information on “future design considerations” and “new and emerging technology” such as bots, AI, big data, IoT, blockchain and mobile applications are high on the ADHA agenda.

“The RFI process is seeking to understand how Participants see technology and services influencing the future,” documents state.

The AHDA is also keen to address criticism with the existing platform by better managing unstructured data and “breaking the clinical document paradigm”.

Other themes raised during consultations include “establishing a system with open software defined architecture” and improved “interoperability through integrated standards based platforms”.

The agency is planning on holding a briefing with industry on October 16 with submission to the RFI to close on December 3.

Information from the briefing and RFI will be used to inform the ADHA’s recently established national infrastructure modernisation program.

A number of other digital services, including the National Clinical Terminology Service, Healthcare Identifiers Service (HIS) and National Authentication Service for Health (NASH) also interface with the My Health Record, and therefore fall under the national infrastructure.