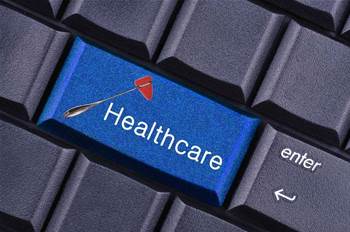 The Department of Health and Ageing has awarded a consortium led by Accenture one of the biggest IT deals to be offered in Federal Government this year: a contract for development of Australia’s personally controlled electronic health record (PCEHR) system.

The contract, awarded this week for an undisclosed amount, would be worth a sizeable chunk of the Federal Government’s $466.7 million investment into the records.

The tender, which had been delayed for several months in late 2010 and early 2011, called for a "national infrastructure partner" to design, build, integrate and test the PCEHR.

This involved the build of an operations centre and core ICT infrastructure for the PCEHR program, the development of portals for healthcare suppliers and consumers for access to e-health records.

It would also be required to build a call centre to handle inquiries about the system.

The consortium would be responsible for integration of the PCEHR with similar systems under development by state governments.

According to highly-placed sources, the federal department chose Accenture as lead partner and systems integrator, with the core e-health systems based on Oracle software including:

The New South Wales Government has previously contracted Accenture to consult and advise the development of an Integrated Clinical Information Program (ICIP) for the state’s healthcare systems. The State Government is also named as an Australian customer of Orion Health.

A total of ten parties – made up of systems integrators and vendors in various combinations – were shortlisted in May this year, with parties reportedly including industry heavyweights HP, IBM, CSC, Fujitsu, Microsoft and Telstra.

The department had expected to begin testing the infrastructure systems by April next year, ahead of the records launch on July 1 next year. However, delays in the tendering process are likely to have pushed back those dates further.

The call centre and state integration elements of the consortium's role would likely be aided by a consortium of nine consulting, public relations and support outsourcing companies that were assigned as the change and adoption partner for the PCEHR last month.

Consultancy Ernst & Young had picked up a $1 million contract from the Department of Health to act as "external delivery assurance adviser" to the PCEHR.

Calls to the Department of Health and Ageing have not been returned. Spokesmen for Accenture and Oracle were unable to comment.

James Hutchinson contributed to this story.