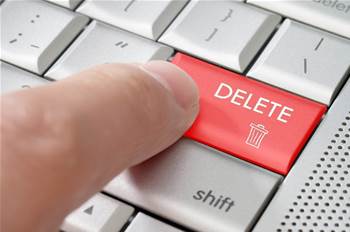 The federal Health department won't remove e-health records for individuals who opt-out of the My Health Record system, but simply make the data unavailable to healthcare providers.

He said an individual's e-health record would not be deleted from the system should they decide they do not want to be included in the scheme, so it could be easily reinstated should the individual change their mind.

“On the basis that it existed for you, it will continue to exist as a record for while you were in the system, but it will not be available to any healthcare providers,” Madden said.

“What that allows you to do is, at some time in the future you, if you say, ‘I didn't want it then, but I think I want now,’ you can have it reinstated.”

Individuals can opt out of the system before a record is created for them to avoid having any data in the My Health Record system.

“You do not actually have a record until we get past a period where you have had an option to opt out,” Madden said.

“If you flag that you wish to opt out, we just will not create one for you.”

The My Health Record scheme was changed from opt-in to opt-out thanks to a $374.2 million injection in the recent federal budget.

It has been on the cards since 2015 when the government followed recommendations of the Royle Review and started trialling the automatic creation of e-records for individuals.

The My Health Records system will allow individuals to “access and control their own medical history and treatments” like medical tests and vaccines.

Madden also indicated in estimates that Health was considering replatforming the system to an "open source environment using cloud technology" in order to save costs, but did not provide any more detail.