DTA chief backs calls for overhaul of IT funding model 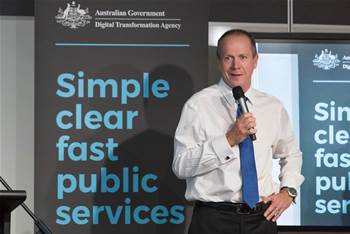 The head of the Digital Transformation Agency has backed calls for an overhaul of outdated funding models for technology projects, revealing a push for a digital-specific investment fund.

He said he was lobbying the Finance department to look at options for replacing the traditional "first pass, second pass, business class process where you require people to do this and that under a traditional business case analysis".

"It doesn’t work in terms of a world that is moving so fast, and if you want to stay relevant. And a lot of the things we do shouldn’t be large seven-year projects. It’s all about front end of things," Slater said.

"Technology’s evolved to such an extent now that you can do a lot more with the front end things, citizen end of things for a lot less and a lot faster.

"But you need a budgeting process that supports that."

Slater revealed he was pushing for the creation of an investment fund specific to digital initiatives.

The dollar value of the fund was yet to be determined, he said.

"The DTA [would] work with agencies to bring proposals up to government and say “these are the things we think we should go after because they’re the most important and impactful, then allocate the money and hold executives accountable for the provision of those," Slater said.

"There is a natural risk aversion in government, and I understand why, having worked there now for 11 months. But that doesn’t mean I’m going to succumb to it. That whole cultural end of it, you have to keep pushing it. I made the point at senate estimates - you’ve got to be prepared to fail."

His comments follow complaints by senior technology leaders in government about the "fundamentally broken" funding model for IT projects.

“Our whole federal government frameworks for how we ask for money are completely based around a split of capital and operating [expenditure], and it’s fundamentally broken,” he told the GovInnovate conference in Canberra.

“The processes that we’ve come up with over the past 15, 20, 25 years to ask for money don’t fit the cloud paradigm at all, in so many different ways.”

The government's capex and opex investment model is seen as a barrier to the adoption of cloud services within government, and therefore its broader transformation efforts.

The ACT government’s chief technology officer Al Blake told the same conference it was an issue "we're all collectively trying to work through".

“We’re all used to going off massive capital budgets – that’s what we’ve done for decades – and our entire governance process is based around getting all the specifications, hundreds of pages and going out for [tens of millions of] dollars to build something,” he said late last year.

“But when we’re not going to build something anymore, and we're going to get something on a month-by-month basis and pay according to the amount we consume... that doesn’t just affect IT, it massively affects budgeting and finance [for the project]."