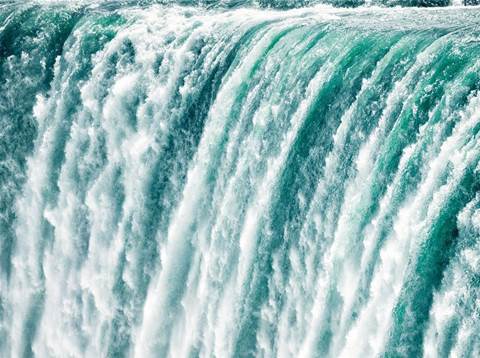 Governments have for decades made a dark art of shuffling numbers around in the process, but for seasoned technology spending watchers the message in NSW Treasurer Dominic Perrottet’s second Budget is that the big digital meme just went from ‘transformative’ to ‘business as usual’.

That’s a statement that might irk evangelists and consultants, but going through the Budget papers this year it’s hard not to get the impression that information technology and technology in general has been subsumed into the broader government machine rather specific projects standing out as beacons of innovation.

It’s what you don’t see put up in lights that sometimes matters and the impression that’s hard to avoid is that tech has been thoroughly ‘mainstreamed’ into the business of government rather than standing as a silo. That’s not such a bad thing.

When the O’Farrell, then Baird and now Berejiklian government was elected, one of its immediate priorities was to reform information systems and infrastructure and put the state on a stable and efficient footing.

If you look down at Table a.14 in Budget Paper 2 — Major ICT and digital projects — there are just four projects listed with a combined estimated total cost of $1.2 billion.

Of that amount almost half goes to health under the whole-of-system digital platform and achieving integrated digital health records.

The other major chunk of it is $497 million for Finance’s critical communications enhancement program, which is a wholesale digital upgrade of law enforcement, emergency and essential services platforms.

The only major customer relationship management (CRM) or core enterprise application in the ‘major project’ mix this year is Sydney Water’s “customer experience program” that spans CRM, billing and market and regulatory change.

The message here is that after years of threatening to do away with big-bang and high cost, high risk projects it actually seems to be happening with smaller, cheaper, shorter reform and enhancement projects taking over from big ticket splashes.

It also means fewer IT disasters, bad for journalists but good for taxpayers.

The challenge for vendors (CIOs will love more manageable, genuinely innovative and controllable initiatives) is that rather than pushing a theme or hot button technology, agencies now seem to be buying on value on a case by case basis to avoid project drift.

There’s also a good bit of lateral thinking too, with one example being the $100 creative kids rebate that’s easy to dismiss as tokenistic retail politics (because it is) but cunningly funnels money for ‘coding and digital’ into schools at a grass roots level.

There are some other potted examples, too.

People in metro areas take their weather apps for granted but it’s a different story in the regions where weather detection reporting has arguably played second fiddle.

So the fix there is $24 million to build three new Doppler radar stations in Central and Western NSW with climate computing crunch also coming along for the ride.

Cyber security is another arena that deservedly gets plenty of attention, especially with major incidents like PageUp People still causing corporate reflux.

But beyond the spend given to given to cyber specific government agencies, there’s $30 million ($13.5 million this year) that goes to 'skills for business' and includes training for digital and financial literacy and cyber security and business management.

Again, it’s a matter of the digital funding being blended into the mainstream.

In Education, a massive portfolio with attendant scale challenges, the digital and technology is now being directly worked into the capital works budget for "land acquisition, school IT infrastructure and minor works" — with an estimated total cost of $1.4 million.

Sure, it’s not that new but what it tells us is that two of the most pressing and costly concerns after teachers and class sizes are creating modern, fit-for-digital school buildings and kitting them out.

Think back to the days of Kevin Rudd’s “Digital Education Revolution” and the reality today is that networking and computing is just a routine part of the standard education build.

No pre-election Budget is ever complete without something for the whole family, so once again Service NSW gets to carry the torch of improved service delivery delivered by digital means.

This year it’s rebates everywhere, so the agency gets to play customer experience masseur by creating a central online portal and face-to-face for people to more easily wrangle everything from energy rebates, active and creative kids rebates to green slip refunds and toll relief.

One thing that’s obvious is that there’s no desire to repeat the online stampede that choked the state government's CTP refund initiative online when people went online in droves.

More intriguing is the ‘One click energy switch service’ that scores $4 million to help people shop around online for better deals on electricity and gas.

How the NSW Government intends to measure results and return on investment on that will be one to watch.