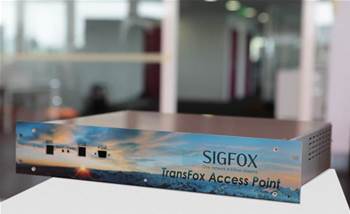 The government has taken a 15 percent equity stake in Thinxtra valued at $10 million to fund a nationwide low-power wide area network for internet of things (IoT) devices and applications.

Minister of the environment and energy Josh Frydendberg said Thinxtra's network will be focused on helping Australian companies monitor and reduce energy use.

Other areas covered by the IoT network include water metering, soil monitoring for farming, and logistics.

Wireless proprietary technology from French vendor Sigfox will be used for the low-power network, which is meant to cover 95 percent of the population by the end of the year.

It will integrate with the global Sigfox network. It operates independently of telco IoT networks such as Telstra's LTE-based network, but connects to them for data backhaul.

By 2022, the network aims to connect 17 million devices. Thinxtra claims over 150 local businesses have already partnered with the company.

The funding is made available through the Clean Energy Finance Corporation (CEFC), which invests in emissions reduction initiatives. The money forms part of Thinxtra's $20 million capital raising drive.

Through the investment, the CEFC and the government will own 15 percent of Thinxtra.

Thinxtra is headquartered in Alexandria, NSW and has offices in Auckland and Hong Kong. It is backed by New Zealand technology company Rakon, which makes quartz oscillators and other frequency control devices for use in global positioning systems and guided missiles. Rakon owns 42 percent of Thinxtra.