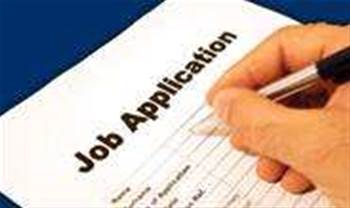 CASA joins line to advertise for new IT head.

The Civil Aviation Safety Authority has become the latest in a line of both federal and state government agencies looking to hire a chief information officer.

Over the past month, the Australian Crime Commission, the Clean Energy Regulator, the Attorney-General’s Department, the Queensland Government, Brisbane City Council, and the Defence Department have all begun searching for new chief information or technology officers.

The majority of those positions are replacements, however the Crime Commission and the Clean Energy Regulator both created a CIO position after identifying an internal need for a new governance structure for IT.

In the private sector, the National Australia Bank is also currently on the lookout for a new CIO after Denis McGee announced his departure.

The Civil Aviation Safety Authority's (CASA) search for a new CIO comes following an executive reshuffle at the agency which saw another line of reporting put in place between the CIO and the CEO.

CASAs’ head of IT, along with its heads of finance and HR, previously reported directly into the CEO.

Since the beginning of 2013, the three department heads now report to the new executive manager of corporate services, a newly-created role held by Gillian Savage.

John Forrest, CASA’s former manager of infrastructure and operations — a position which falls under the CIO —has been acting in the CIO role since the executive reshuffle.

Jamie McGregor formerly led IT for the agency and had been with CASA for around 18 months prior to his departure to the technology infrastructure delivery branch at the Australian Bureau of Statistics as an assistant statistician, answering to the CIO there, Patrick Hadley.

The new CASA CIO will work from its headquarters in Canberra and has been promised a salary of between $85,000 to $89,999.

They will be tasked with managing and delivery CASA’s IT infrastructure and operations, IT service delivery strategy and governance, and IT applications.