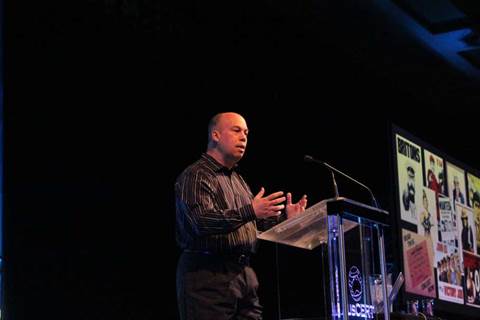 Australian information security professionals need to step up and protect consumers against the many threats that will be enabled by the national broadband network, according to Google chief technology advocate Michael T. Jones.

Speaking today at the AusCERT information security conference, Jones said there were things Australia could do to protect its citizens that many other countries couldn’t.

“There are many many kinds of anti-virus software. There are many many system malware detection tools. Since we have a national broadband network now, imagine if those things in Australia had to be installed and turned on by default for a computer shipped into Australia. That’d be good.

“What if [users] had to tell the ISP how recently they did a test?” Jones asked.

He said given it was possible for ISPs to establish if people were running anti-virus and other software updates, it should be possible for end-users to be reminded when they were due for an update.

“That’s the kind of thing that people in this room could devise a scheme and convince a government to do. That would make life better for every single citizen and I would encourage you to think about that.”

Jones made reference to an “Australian minister of internet hygiene on the national broadband network”, and said while it was not possible to mandate “goodness”, people needed security professionals to help them in the same way babies needed to be fed and cared for.

“Right now you have a special situation - the advent of a national broadband network scenario where a greater percentage of people are going to have high speed modern networking and embrace that in all the ways people like Google and Apple and Facebook dream of.

Jones said there was a disconnect between Google’s role of trying to protect all end-users from security threats and the information security professionals seeking to protect bank, airline or government data.

“I think you’re probably able to take care of the bank and the hospital and the police, but I don’t think you’re really thinking about all the people.”

Jones urged the security professionals in the room to think about how they could better serve online citizens.

“I think they deserve that, they trust you to do the right thing for them. I don’t think we all tend to think about that the way we need to.”

When asked if Google Fibre, the internet giant’s broadband business, was doing some of the things Jones suggested for the NBN, Google's technology advocate told iTnews the search giant was trying to keep ahead of the game by performing virus scanning and malware detection on URLs.

“In much of the world it’s a very Byzantine monopoly sort of thing so somebody should stand up and say the emperor has no clothes.”

Charis Palmer is attending the AusCERT conference as a guest of AusCERT.