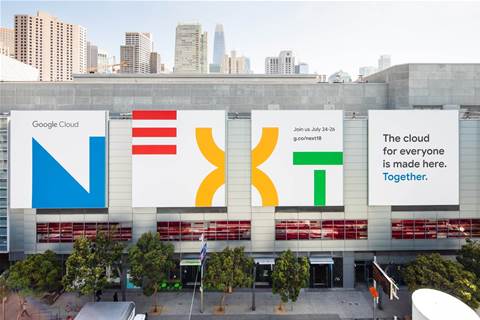 Tries to break AI out of data science domain.

Google said that one in ten Gmail users overall are replying to emails with machine-generated responses, signalling broader applications for machine learning within its productivity tools.

Raghavan said that “over 10 percent” of Gmail replies are now “machine written and human accepted”, noting it was an important step in the growing acceptance of AI use in the enterprise.

Mobile users of Gmail will be familiar with the ‘smart reply’ feature, which offers three suggested responses to an email. Google has previously said that 12 percent of mobile respondents use the smart replies.

The function was introduced in the desktop version of Gmail through the G Suite redesign back in April.

Raghavan said smart replies would be introduced into Hangouts Chat “in the coming weeks”. He said the responses it suggested would be “casual enough” for chat “but still professional enough for the enterprise”.

Raghavan also said that Google would ramp up the introduction of another machine learning feature called smart compose in G Suite “over the coming weeks”.

Smart compose was revealed earlier this year, and essentially offers to autocomplete sentences as a user types out an email.

Raghavan said it would be capable of “picking up the context of the email” that is being written or replied to, “learning important facts” about the conversation, as well as being able to differentiate the tone used to email different people and tailor its suggestions accordingly.

He noted that the introduction of AI enhancements to G Suite would likely follow a similar pattern, in which a feature appeared in one part of G Suite before being introduced to others.

It promised to let users train and manage image recognition models using “drag-and-drop” rather than code, and was said at the time to be “the first of several Cloud AutoML products in development.”

Google used its Cloud Next 2018 conference in San Francisco today to take that service out of alpha into public beta.

Google AI chief scientist Fei-Fei Li said that over 18,000 companies had already signed up to use the AutoML services pre-beta.

Google said that Japanese media company Nikkei is one of the first users of the translation service, bringing content from its flagship Japanese-language business newspaper to English audiences.

Public cloud providers generally are moving to make it easier for users - particularly those with limited data science skills - to customise machine learning algorithms and services.

AWS is hoping to do so with its Sagemaker service; Microsoft with its Azure machine learning studio; and now Google through Cloud AutoML.

All say their respective platforms will lead to the “democratization” of artificial intelligence; an oft-used industry term to reflect the spread of technology outside of a specialist domain to increase its adoption.

Li also unveiled a new program of work that Google is calling “human centred AI”, which she said would manifest via “an entire category of technology we call AI solutions, intended to solve some of our partners’ biggest problems.”

“Our first of many to come is focused on contact centres,” Li said.

“Working in a contact centre requires some of our most uniquely known human skills like navigating informal language, understanding context and recognising what someone needs from limited information.

“Unfortunately call volume is often too much for a human workforce, so we worked with some of the top players in this space to understand how AI can make them more effective.”

The result is a new product called contact centre AI, which is currently in alpha and “open to signups”, Li said.

She said the product had been developed in conjunction with contact centre technology firms Genesys and Mitel, and with systems integrators including KPMG and Deloitte.

Marketplace eBay was named as an early user.

Ry Crozier is attending Google Cloud Next 2018 in San Francisco as a guest of Google.