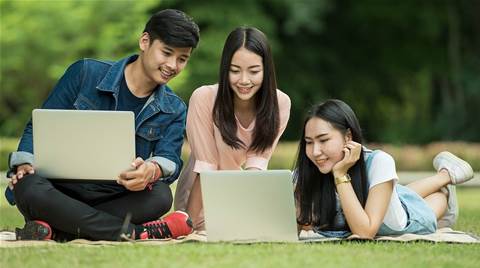 Could arrive within weeks.

Google is set to initiate the first major refresh of its G Suite browser-based office productivity apps in several years, revealing plans for a revamped interface and new Gmail features.

News of the pending redesign was leaked by G Suite customers, who posted screenshots of an email from Google marked "customer confidential" announcing the changes.

The updated Gmail could be available within weeks. Google said it would create an early adopter program to test the refresh with G Suite customers.

While the email message did not provide examples of the "fresh, clean look for Gmail on the web", Google said it will make it easier to access other G Suite apps from within the email program.

This includes Calendar, which was specifically mentioned in Google's email.

Google did not say if Contacts would be better integrated into Gmail. Currently, Hangouts instant messaging is only partly integrated with Gmail.

The automatically generated smart replies that are available on Gmail for iOS and Android will come to the web version as well, along with improved offline access to emails.

Another feature to be added is the ability to snooze emails; that is, to set them aside for a specific period of time, after which they resurface in the users' inboxes.

As of yet it isn't known if Google will migrate these Inbox features to Gmail, as it will do with message snoozing.

Google warned that the update to Gmail could break some Chrome extensions that customers have installed.

The company urged G Suite customers to test the extensions with the redesigned Gmail before deploying the updated email application within their organisations.

Google said it will also make the new experience available to users with personal Gmail accounts.