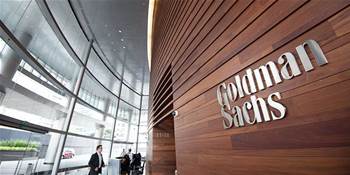 Hopes set on technology as differentiator.

Goldman Sachs is looking to hire engineers, data scientists, and operations staff as it builds up its online lending business.

The most powerful bank on Wall Street has made a series of key hires as it muscles into the consumer lending business, where it hopes to use technology to compete against traditional lenders and startups.

Those hires include former Citigroup credit card executive David Stark, who will serve as the business's chief risk officer. It has also taken in former Lending Club operations executive Darin Cline to lead operations, as well as employees from American Express.

Goldman in May said it had hired the head of Discover Financial Services' US cards division Harit Talwar to lead its new online lending effort, which will be focused on making unsecured loans both to consumers and to small and medium businesses using deposits.

The unit will lend out money from Goldman's banking unit, rather than lending money from individual investors the way Lending Club does, and is expected to launch sometimes in 2016.

The investment bank's effort to build a lending business is the latest example of how Wall Street stalwarts like Goldman Sachs and Morgan Stanley are reinventing themselves after the financial crisis in an effort to make themselves safer.

Morgan Stanley has been building up its retail brokerage business, which generates more stable revenue than trading operations.

Goldman's efforts so far have been more modest, but it has agreed to buy General Electric Capital's US online deposit platform and is building its online lending business. Deposits can offer stable funding in times of crisis. Lending Club and Citi declined to comment on departures.

Goldman has reached out to engineers and data scientists for the team, according to people contacted by the firm who could not give more detail because they were required to sign non-disclosure agreements before they were allowed to interview at Goldman.

The online lending group will initially be built up within Goldman's merchant banking division, although its formal organisational structure has not yet been finalized.

A spokesman for Goldman declined to comment on the bank's consumer lending strategy.