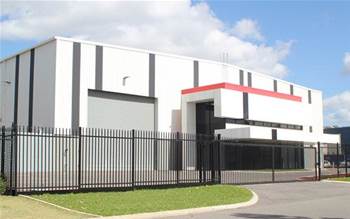 The company has spent $11 million to date and is looking to land a final capital injection to complete the project and bring it online.

More broadly, the company has plans to build “ten data centre parks across Australia” and says it has feasibility studies underway for at least three.

The company is heavily focused on bringing modular data centres into regional areas, seeing demand for equipment and data to be located outside of major facilities in the capital cities.

“We are of the belief that the hyperscale data centres are going to win in the public cloud space but we think there’s a strong business case for edge and regional data centres, which is certainly emerging,” de Kock said.

“A lot of mobile, SaaS players and CDN operators are pushing their data to the edge.

“Especially in Western Australia where they have some poor internet connections there’s strong emerging demand for having data close to the regional centres.”

De Kock led Vocus’ data centre business between 2009 and 2013. He joined just prior to Vocus’ own IPO, and “played a key part in guiding the company through the listing process”.

Frontier DC is hoping to tap into renewed market fervour in the data centre space, from Equinix’s large-scale buyout of Metronode to the IPO of the Data Exchange Network.

One of the modular centres was shown off at Adapt’s Cloud & DC Edge Summit on the Gold Coast recently - which is co-organised by iTnews.

De Kock said the centres were well-suited to councils that wanted to consolidate their IT in a single regional location, and noted active discussions underway with “several local councils”.

He said there had also been interest from a cryptocurrency miner hoping to drop a data centre close to a high power source - a model also being considered by ASX-listed IOT Group.