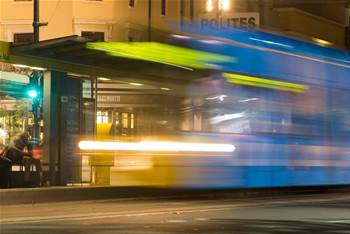 The South Australian government has given itself less than six months to have free wi-fi across Adelaide's full public transport network up and running.

The Department of Planning, Transport and Infrastructure (DPTI) has begun a formal expressions of interest process for the service.

It will give commuters “simple access to high quality and reliable internet” across the state’s 893 buses, 136 train cars, and 21 trams, as well as selected rail stations and interchanges.

The department will consider responses for either a complete package or individual modes of transport.

It expects that the service will be delivered to all or part of the public transport network by December 2017.

It wants to do this at either minimal or no cost, under a commercial model.

Adelaide's trams and 20 buses were first equipped with free wi-fi in October 2012 as part of a 12 month-trial by the state government.

Like the model being proposed for the complete network, the cost of the trial was covered by advertising and commercial sponsorships.

The New South Wales and Western Australian governments have also offered service providers the ability to run advertising or offer premium services in exchange for covering the cost of the service.

The department has also asked that patronage data – including real-time information – gathered from devices be made available to the department on request so it can better understand the number of tram, train or bus services that are boarded per day and per corridor.

However, it wants to know how industry will “manage data protection and user privacy” to avoid the privacy concerns that have plagued the NSW government's trial of free wi-fi on 50 buses in Sydney earlier this year.

More than 60 million bus, tram, and train trips are currently made on Adelaide's metropolitan network every year.

The department hopes to begin assessing responses in August.