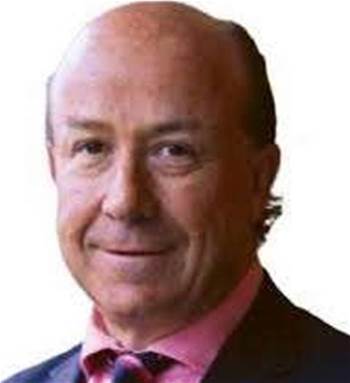 After $320k was funnelled to his luxury motor yacht business.

Financial regulator ASIC has walked away from the high profile prosecution of former NewSat chief executive Adrian Ballintine with a pyrrhic victory, after the renowned lover of luxury boats copped a five year ban and fine of just $15,000 at his sentencing.

The long-running matter, which resulted in Ballantine being convicted of issuing bogus invoices worth $357,000 to NewSat, the company he formerly headed before its collapse, most of which was funnelled in his luxury boat business, Cresta Motor Yachts.

“The invoices were issued for purported financial and advisory services, however no such services were provided to NewSat,” ASIC said in a statement following the sentencing.

“Mr Ballintine was convicted of one count of contravening section 1308(2) of the Corporations Act - being a single charge covering each of the three invoices issued - and fined an amount of $15,000.”

“Mr Ballintine is also automatically disqualified from managing a corporation for five years.”

One of the more spectacular crash-and-burns in Australian corporate history, NewSat blew-up more than $500 million in capital raised from lenders and investors on the promise of building an Australian network of satellites, dubbed Jabiru, and base stations

Along the way, the listed company issued so much scrip it was one of Australia’s most heavily diluted companies, prompting unkind suggestions it should be regulated by the Therapeutic Goods Administration as a homeopathy product.

That was also the year when fine boating, dining and cigar aficionado Ballintine launched an ad campaign against the National Broadband Network featuring a rocket daubed with the words “Exploding the Broadband Myth”.

That company eventually bought New Skies Networks in 2005, which provided satellite communications and ground stations to clients including resources companies and the military.

Prior to its collapse, NewSat had commissioned Lockheed Martin to build its Jabiru-1 satellite, but the space and military manufacturer cancelled the build after NewSat could keep up with the payments.

It didn’t help that NewSat had already forward sold a fair chunk of the satellite’s capacity.

As the company unravelled, Ballintine took to the media culminating in the now infamous interview with Alan Kohler where he persistently denied racking-up $10,000 lunch bills and doggedly defended the luxury motor boat business.

Delivering the sentence, Judge Sarah Dawes said Ballintine had held a position of trust and was obliged to protect the interest of NewSat.

“His conduct was knowingly dishonest and financially motivated. Such conduct erodes public confidence in the share market and public companies.”

ASIC commissioner John Price said that making a false and misleading statement “is a serious offence.”

“Directors should be on notice that ASIC will take action when their conduct falls short of required professional standards.”

They must be trembling.