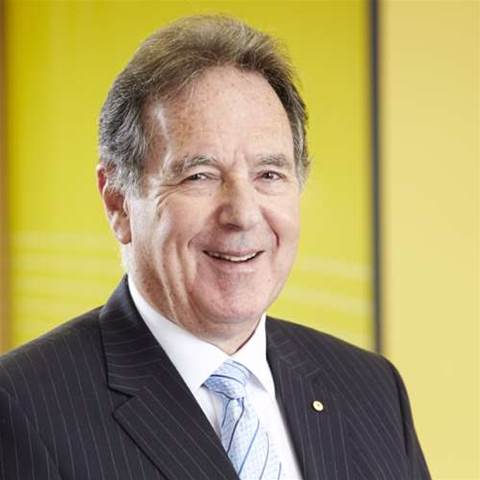 The former chairman of Australia’s competition watchdog has warned that content control will be the biggest theat to competition to emerge as a result of the NBN, while criticising the federal government’s six reviews into the network as ‘politically tarnished’.

Speaking at the Charles Todd Oration lunch today, Graeme Samuel warned telco providers that competition in the sector would not come from ‘clipping the wings’ of those deemed by their rivals to have a competitive advantage - as is the current situation with Optus and Telstra - but rather from being able to structure bundles that provide compelling offers to customers.

Given equal access to the NBN will be provided to all retail competitors, product bundling and the type of content offered to customers will be the only differentiators, he said.

The one thing that could pose a threat to competitive advantage, Samuel warned, was control over content.

But Telstra would have a significant advantage in that area given its existing mature content portfolio and interest in Foxtel, Samuel warned, meaning there was a risk that the incumbent could inhibit the emergence of new players by using its market power to tie-up access to premium content.

“Ultimately, this could deprive consumers and advertisers of choice and quality not only for broadcasting, but also for voice, internet, IPTV and innovative communication services and determine the success or failure of a new competitor," he said.

"I like to put it this way: if you can't control the arteries, what you do is get hold of the blood.”

The ACCC would be powerless to intervene in such a “creeping acquisition” made up of incremental accumulations of compelling content, he warned.

However the influx of entrants into content ownership and delivery - like Apple, Google and Amazon - would dwarf Telstra’s capacity and provide an opportunity for other telcos to sidestep the incumbent’s market power, he said.

While discussing how competition in the sector could be achieved, Samuel also welcomed TPG’s cherry picking efforts to build fibre-to-the-basement in metropolitan areas, saying it is unlikely to cause any more aggravation to NBN Co than “the flea on an elephant’s back”.

“Of course TPG’s actions, now sanctioned by the ACCC, might encourage similar endeavours by other telcos which are able to satisfy the tests applied by the ACCC in its TPG determination,” he said.

“But the fact that such rollouts can be economically sustained should lead one to the conclusion that in the interests of facilities competition, they should not be opposed, unless again the preservation of the NBN Co business case is the primary driver rather than competition.”

Samuel said he saw merit in the Coalition-commissioned Vertigan report’s recommendation to split NBN Co into three businesses around the separate technologies involved in the rollout, which he said could benefit competition.

However the former ACCC chair lashed out at government’s six reviews into the national broadband network, calling them politically tarnished and "insulting" to the expert panel which advised the former Labor government on the NBN.

He said the reviews’ focus on proving the flawed nature of Labor’s NBN concept had diminished their value in forward planning for the national broadband network.

Former Telstra executive and current Swinburne University Chancellor Bill Scales in March was tasked by the Coalition Government with auditing the process by which the Labor government conceived of the NBN.

His final report stated the policy formation had been “rushed, chaotic and inadequate” and had had a “long-lasting and detrimental effect” on NBN Co’s operations and the network’s rollout.

Samuel today criticised the Scales review for being “fundamentally flawed in its evidence base” and “factually wrong” about the role of the ACCC - Scales’ report said the ACCC had “overstepped its authority” by advising Labor that fibre-to-the-node was not a stepping stone to a fibre-to-the-premise policy.

“He has been insulting and offensive to the remarkable intellect that constituted the expert advisors engaged by the previous government to advise it on all aspects of the NBN – a group that included Commonwealth Departments of Treasury, Broadband, Communications and Information Technology and Attorney General,” Samuel said.

Samuel also warned against failing to recognise the “fragility” of the cost-benefit analysis in the Coalition's Vertigan report - which found a multi-technology mix NBN would provide the greatest net benefit to society compared to a fibre-to-the-premise model - arguing it was based on a lot of assumptions around willingness to pay that were often guesses.

“That is where a business case or investment analysis may be more useful,” he said.

“The Vertigan comparisons will depend on the value consumers and business put on higher speeds, and bandwidth capacity under FTTP relative to FTTN, and that is where the guesstimates come into play.”

He said the perceived fragility of a cost-benefit analysis for the NBN led the former Labor government to eschew this approach in favour of a business case or investment analysis.

Samuel did however acknowledge that a business case was equally fragile, as it similarly depended on assumptions about consumer take-up.

“Again, like cost benefit analyses, you can produce any desired result by factoring assumptions into the analysis which by their nature are difficult to challenge,” he said.

“Whether the ultimate cost to achieve what would have been on offer with the FTTP/wireless NBN, is more or less with the Coalition plan, is something we will never know.”