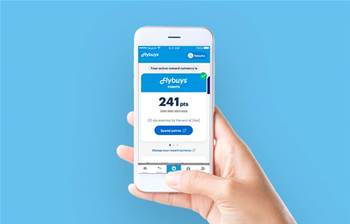 Blyth said via a LinkedIn post he was proud of the work achieved at Flybuys through the current pandemic.

“As the new year kicks off, my time at Flybuys draws to an end. I’m very proud of all the outcomes we’ve been able to achieve over the years, especially the ones under unprecedented circumstances," he wrote.

“I look forward to seeing the next generation of “Flybuyers” take it to the next level. I start my new exciting chapter soon!”

Blyth did not elaborate on his new role.

A spokesperson for Flybuys told iTnews that no new permanent CTO has been appointed, however the company is actively recruiting.

During his time at the company, Flybuys finalised its migration to the cloud in November 2020, moving 8.6 million active customer records to AWS.

"The technology was very much intertwined into Coles given that Flybuys was a department within Coles for so long,” Blyth told iTnews at the time.

He also oversaw the IT portion of the transition of Flybuys out of Coles and into an independent joint venture between Wesfarmers and Coles.

"While we organisationally separated, we had a 12 to 18-month runway to physically separate all the technology, and we had a services agreement with Coles until that time," he said.

Blyth previously worked for Latitude Financial Services as CTO before joining the Flybuys team in September 2018.

He also previously spent over four years at the Commonwealth Bank of Australia starting as head of mobile business solutions and architecture before moving to head of digital architecture.