Feds to conduct 'urgent' audit to forge new IT blueprint 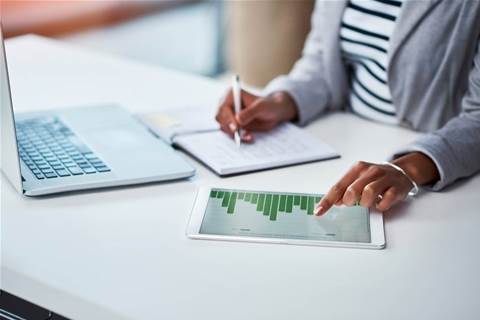 An urgent audit of the federal government’s IT capability, risks and needs will be conducted in response to David Thodey’s root-and-branch review of the Australian Public Service.

Prime Minister Scott Morrison committed to the audit in the government’s reply [pdf] to the long-awaited independent review, which was released on Friday after several months of delay.

The review’s [pdf] release comes a week after the government’s sweeping APS restructure that saw the Department of Communications and the Arts merged into a new super-department.

In its response, the government agreed to conduct what will be the second federal government IT audit in six years in order to create a “longer-term ICT blueprint”.

Unlike the 2013 audit, which sought to retrospectively assess the IT spending and outcomes of the former Labor government, this survey will seek to target “ICT capability, risks and needs”.

This is despite the Thodey review calling for a “comprehensive audit” extending to “ICT budgets, expenditure, assets and systems”, so the government could introduce a “digitally enabled APS”.

It said there was “no detailed inventory of systems … nor of associated risks, costs and upgrade needs”, resulting in “limited knowledge and understanding about the overall state of ICT”.

According to the review, the last time the APS documented its whole-of-government IT spend was in 2015-16, when approximately $6.2 billion was spent on IT each year.

“A comprehensive ICT audit is required to resolve this lack of core information on government ICT spend - creating an inventory of current and forecast government ICT expenditure and assets, systems scheduled to be retired or no longer supported by software vendors, associated risks and future requirements,” the review states.

To be conducted by the powerful secretaries’ board, the audit will build on work already underway to explore what a single whole-of-government technology architecture could look like.

He said that the taskforce would identify “critical technology capabilities that support broad business outcomes and progressively develop a more nuanced view of strategic capabilities”.

“Consistent with the digital platforms strategy, we will then be able to identify and invest in scalable platforms across whole of government in an effective and more efficient way,” he said at the time.

Following the audit, which the review wants complete before the end of 2020, the secretaries board will “seek government agreement to commission a longer-term ICT blueprint as proposed”.

Which, in theory at least, should put the blueprint on the runway before the next federal election.

On Friday, the government reiterated that the audit - and blueprint, if agreed - would be used to “support the effective and efficient digital transformation of government”.

It will chiefly be used to understand where government can focus it efforts to “update and replace legacy ICT systems” and identify where new common, interoperable platforms should be established.

Some of the common platforms that the secretaries board has already identified include the proposed whole-of-government enterprise resource planning platform, dubbed GovERP.