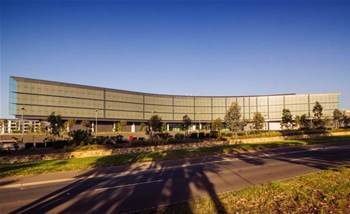 Federal government agencies and banks stranded by a critical shortage of mainframe skills have resorted to offering to pay computing students’ tuition fees and an “attractive” salary - if they sign up to and stick with courses for the machines that refuse to die.

The University of Canberra will today officially launch its partnership with Column 72 to sell the three year ‘Bachelor of Information and Mainframe Technology’ courses to aspiring computing professionals, with the incentive they can graduate fee debt free and already employed.

It’s a move that follows a period of high anxiety across federal government agencies which have watched the skills pool for heavy computing systems like IBM’s zSeries (now IBM Z) retire and sometimes literally die off, often taking essential knowledge with them.

The current paucity of mainframe skills in the Australian market is a serious liability for many government agencies still using the systems in anger because it leaves them badly exposed in terms labour costs, especially as specialist recruiters and labour hire outfits force clients into bidding wars.

Some of the government’s biggest IBM mainframe users include Centrelink, Medicare, Home Affairs, Defence and the Australian Taxation Office which often need to obtain security clearances for computing staff working on their systems.

On the corporate side, banks like Westpac has proved a long-term IBM customer through various ups and downs.

Human services and Westpac are understood to be two of the initial destinations for the mainframe grads, although a formal arrangement is yet to be signed.

Notably, prospective candidates need to be either Australian citizens or permanent residents to be eligible for the subsidised course, a requirement that points towards secure government work.

They must also have a Diploma of IT from TAFE or be in the first year of an IT degree at an Australian university.

Previous government agency chief information officers are known to have lobbied hard to create some form of scholarship system for computing grads to shore-up trusted labour supply for the Commonwealth against private enterprise which routinely offers higher starting salaries.

That subtle but firm pressure now looks to have yielded results with the University of Canberra (UC) picking up the mainframe baton.

“The Mainframe Trainee Program is both academically sound and practical to meet industry needs and ensure that graduates are confident to handle complex problems of the future,” said UC Vice-Chancellor and President Professor Deep Saini.

“Students will complement their classroom learning with on-the-job experience at some of the biggest organisations in Canberra and around the country.”

With IBM having cornered the market in big iron after serious competitors left some years ago, any pretence of vendor neutrality on the mainframe front has been dispensed with.

“Through a mix of face-to-face and online learning, students will learn about the technical and programming job roles for IBM Z® – the world’s most advanced hardware and transaction processing platform – while undertaking full-time work as a trainee in that environment,” UC’s announcement said.

It described “IBM mainframe architecture” as “synonymous with security and performance to the extent that it has always been the platform of choice for major corporations and government agencies across the globe.”

It’s also been rather difficult to migrate off, as many potential divorcees have found over the decades.

Notwithstanding, the University of Canberra and Column 72 insist it’s a technology that has a future that’s as bright as its past is solid.

“IBM Z is building on that legacy with more diverse services to address the emerging disruptive technologies that are changing the way organisations relate to clients,” the joint announcement said.