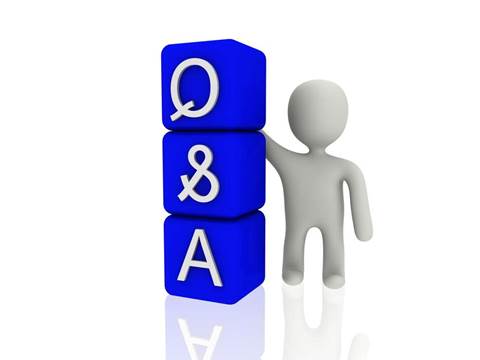 Telstra and NBN Co have struck up a complex and as-yet unfinished agreement to migrate Telstra's copper and cable services onto NBN Co's fibre network.

There are many questions ahead. Today, Telstra CEO David Thodey and CFO John Stanhope helped clarify a few of the details.

Not by a long shot. The deal is a financial 'heads of agreement'. It is conditional upon several variables, including Telstra shareholder approval, ACCC approval and legislation passing in Parliament.

Telstra CEO David Thodey told journalists he does not expect to put a formal proposal to shareholders before early 2011, which should be well after the next Federal election. The Liberal Party, currently ahead in the polls, has vowed to scrap the proposal.

As a financial heads of agreement, Thodey said that "either side can decide not to proceed" but said neither party "does this lightly."

"I want to stress it's only a milestone," he said today. "It gets us on a road to get to a definitive agreement. [But] it does give us clarity. And that's what this company needs."

NBN Co would pay Telstra to decommission its copper network and deactivate its cable broadband service, migrate Telstra ADSL/HFC cable customers across to NBN Co's fibre services when they become available and allow NBN Co access to Telstra's physical infrastructure such as pits and pipes via a long-term leasing arrangement.

But Telstra gets to keep its cable network solely for delivering Foxtel Pay TV services and its passive infrastructure (pits, ducts etc).

Telstra would be a smaller, leaner company focused on its mobile networks, Pay TV and media (including Sensis) divisions, with a broadband arm that resells services on the NBN Co fibre network.

Thodey told journalists that Telstra would focus on "building and investing in new products and services in the NBN world" and is "looking at new revenue streams."

Telstra would also still keep its passive infrastructure on its books.

NBN Co wouldn't need to dig out the physical pits and pipes for its network but instead thread its fibre services through existing Telstra infrastructure. It would also mean that more of the last-mile network would sit underground rather than on telegraph poles.

Under the deal, Telstra would progressively decommission Australia's national copper network as NBN Co rolls out fibre in any given area.

NBN Co had previously indicated it expected to take eight or ten years to build its fibre network.

Telstra would need to decommission the copper network at the level of the exchange, so could not switch off the copper services until a given area has been serviced with NBN Co's fibre.

But Telstra chief financial officer John Stanhope said that there would be a grace period for copper services. Even once a customer is in an NBN Co fibre service area, there will be "a period of time when customers can make a choice between retail service providers before we decommission the copper or cable broadband."

This period of time was not released.

It would be NBN Co's responsibility to manage the customer transition to fibre services.

As part of the deal, Telstra would receive $100 million for the re-training and re-deployment of staff, which Thodey hopes will keep them in-house at Telstra.

As for linesmen and technicians, NBN Co has given Telstra no assurance that it will win construction work for building the NBN.

"We will be available to construct if they so desire," said Telstra CFO John Stanhope. "NBN Co have obligations to tender, and we will be an interested party."

It appears that as part of the negotiations, Telstra has managed to convince the Federal Government not to allow NBN Co to act as a retail service provider to large organisations such as Government agencies, as threatened during negotiations.

"We have got a degree of comfort [NBN Co] won't be operating in the retail side," Thodey said.

Telstra estimates it could save up to $2 billion on 'public policy' promises that formed part of the agreement. The USO, which guarantees basic telephone, payphone and emergency call services for all Australians, will be funded by Government and industry and managed by a Government funded entity called USO Co.

The Government said NBN Co would be the "wholesale supplier of last resort" in Greenfield (new) housing estates from January 1, 2011.