Europe switches on to internet TV 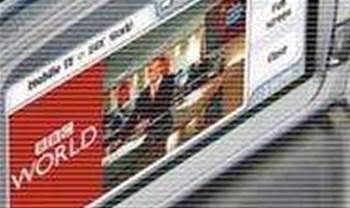 Almost half of Europe is watching television on the internet, according to a report by a Motorola's Connected Home Solutions division.

"These results show that viewers across Europe are no longer satisfied with fitting into schedules dictated by broadcasters, and are turning to the choice and flexibility offered by TV over the internet," said Karl Elliott, marketing director for EMEA at Motorola's Connected Home Solutions.

"We are witnessing a nation of citizen schedulers who are in control of their entertainment, allowing them to watch what they want, how and when they want it. "

Motorola said that the findings illustrate the rich European IPTV market and provide compelling evidence for the importance of broadband within the telecoms sector.

France came top of the poll with 59 percent of its citizens tuning in online, compared with 48 percent of Italians and 43 percent of Britons.

Germany came last out of the five countries, with only a third of its citizens using web TV.

The research also found that the TV is moving away from its traditional role as the static 'box in the corner of the living room' and becoming an interactive entertainment and communications tool.

On average, users are now plugging three devices into the TV set, with nearly a third of all Europeans attaching a digital camera to view photos.

Forty-five percent of Europeans also expect to be making video calls using their home TVs by 2012.

The study surveyed attitudes and behaviours of 2,500 broadband users in UK, France, Germany, Italy and Spain.
Got a news tip for our journalists? Share it with us anonymously here.
Copyright ©v3.co.uk
Tags:
europeinternetoddwareonswitchestotv