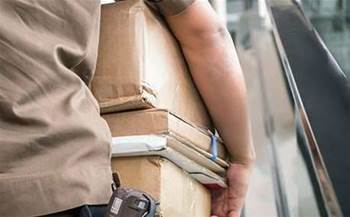 Ebay may block Australians from buying overseas goods on its platform rather than try to collect GST on those purchases and remit it to Australia.

The government decided in mid-2015 it wanted to apply the GST to all sub-$1000 online purchases bought from overseas suppliers by July this year.

But opponents argue the proposed laws won’t work as intended - driving Australian consumers to buy from “the dark parts of internet”, according to Park – and will be too costly to implement, making avoidance a likely scenario.

He suggested it would take “several years” and a “very significant investment of human and financial resources in product development and administration” to comply.

“A far more likely scenario is that the costs of compliance for one single country will outway [sic] any possible benefits for these internationally operating marketplaces, and it will, therefore, be less harmful to block imports altogether,” Park wrote.

“Regrettably, the government’s legislation may force eBay to prevent Australians from buying from foreign sellers.

“This appears to be the most likely outcome at present."

Fashion giant Asos also blasted the government over the new rules, which treat “the operator of an electronic distribution platform (EDP) as the supplier … if the goods are purchased through the platform by consumers…”, according to an explanatory memorandum for the laws.

“The legislation around EDPs appears to be ill-conceived,” Asos’ head of trading for A/NZ Carly Cazzolli said.

“Firstly, you are asking entities that never physically received the cash from a transaction to pay over amounts of GST that they never receive.

“Secondly most suppliers who trade through a marketplace are well below the threshold for registering for GST. This means that transactions will become taxable that would never have been taxable were it not for the presence of the marketplace.

“Thirdly, usually any returns go straight back to the supplier, how is the EDP to know that a GST credit arises in those circumstances?”

Online retailers set to be caught in the legislative net almost universally argue that GST should be collected at the point the goods enter Australia, casting the burden onto the logistics industry instead.

Unsurprisingly, the main logistics companies like Australia Post, DHL, UPS, and FedEx all like the idea that the burden for collection does not fall on them.

FedEx’s Australasian managing director Kim Garner commended the government's decision to "avoid a model whereby GST is collected upon arrival at the border”.

However, international logistics players were unhappy at the prospect of having to collect more data about overseas sellers, calling for the requirement to be scrapped or arguing they needed years rather than months to make such changes in their IT systems.