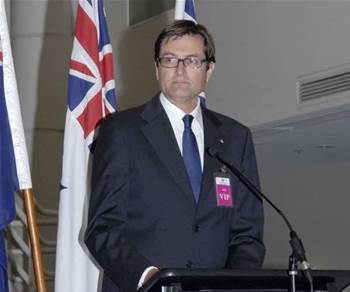 To advance intelligence and cyber security.

The Defence Signals Directorate (DSD) has received a new, $14.5m Cray supercomputer to support its intelligence and cyber security missions.

Launched yesterday, the supercomputer was located at DSD headquarters in Canberra and was said to be the first major intelligence capability that was delivered in response to the Defence White Paper 2009.

"The Government has made a commitment under the Defence White Paper 2009 to significantly upgrade intelligence and cyber security capabilities," he said.

"This new supercomputer represents a cutting edge capability and was delivered in close collaboration with industry," he said.

A spokesperson for the Department of Defence told iTnews that the new supercomputer replaced existing aging systems and cost $14.5m to purchase and establish.

For Cray, delivery of the new, custom-built supercomputer extended a relationship with the DSD that had spanned about 25 years.

In 1986, DSD acquired a Cray Research system, which was Australia's first supercomputer and provided a high speed processing service at the DSD site in Victoria Barracks.

The value of the current deal was classified information, according to a company spokesperson, adding that it was a "sensitive deal with a sensitive customer".

Updated (19 March, 4:55pm) to include cost and location details from the Department of Defence. Previously, a spokesperson for Combet's office was unable to discuss the cost and location of the supercomputer and how it would be used due to "national security" concerns.