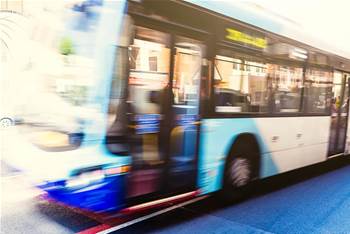 Full-sized driverless commuter buses are set to begin operating on some of Sydney’s busiest public transport routes within the next three years as part of a new trial of the technology.

Transport for NSW has opened a market sounding process to gauge the interest of consortiums keen to undertake the trials, which represent the next iteration of the government’s driverless ambitions.

Autonomous vehicle trials have until now been limited to less populous areas, with the first driverless shuttle bus tested in Sydney’s Olympic Park for around a year before being opened to the public last September.

Regional centres Coffs Harbour and Armidale are also slated to trial automated vehicles during 2019, but so far only Coffs Harbour appears to have begun the trials.

However TfNSW appears eager to turn up the dial, with plans to trial connected and automated vehicles (CAVs) on “high frequency, high patronage route in Sydney within three years”.

The bus is expected to be more substantive than the Navya and EasyMile vehicles used on existing trials – which carry between 14 and 15 passengers – with a capacity to carry at least 40 seated passengers.

However documents released on Friday indicate that smaller vehicles could be utlised for initial trials.

The bus will also need to meet the KPIs of existing operational bus services in Sydney.

This include the choice of route and any operational issues that may arise, how TfNSW can support organisations to develop an end to end solution, and whether the three year timeframe is achievable.

Trial arrangements with a consortium of organisations are expected to begin before the end of 2019 and run for up to three years, with a review process to be undertaken a three monthly intervals.

The consortium operator “must be the operator currently responsible for delivering services on the selected route” under an existing contract.

TfNSW will use the market sounding before deciding whether to move forward with an expression of interest process.