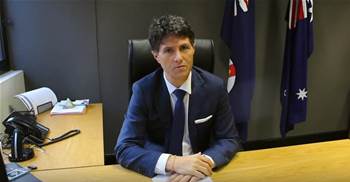 Speaking at the FST Government NSW conference on Wednesday, Dominello said Service Australia would pave the way for better customer-facing services, particular those that cut across federal, state and territory governments.

“What we’ve got to do is get those pipelines [between jurisdictions] working, and it's not working as well as it should,” he said during one of his first public addresses in the new portfolio.

“That’s why I was very relieved when the Prime Minister made his announcement, his ministerial changes.”

Any work to simplify and amalgamate cross-jurisdiction services would build on a commitment by federal, state and territory governments last year to accelerate the development of digital services and improve data sharing across borders.

Dominello also said Australia’s new Minister for Government Services Stuart Robert had wasted no time getting to work on the gargantuan task at hand, having already scheduled a meeting with his state counterpart early next week.

Prime Minister Scott Morrison has flagged Services Australia will be made in the image of Service NSW, which now offers more than 1000 services under a digital-first, one-stop shop delivery model.

But Dominello said he would be recommending the federal government adopt some of NSW’s ways of working around development, which largely sits with the Digital Transformation Agency.

“One of the things I’m going to suggest to Minister Robert is that we do what we do here in NSW: design big builds, do a lot pilots, get the trust working,” he said.

“And there’s a whole lot of things that, for example, the feds and us can do together, where we’re sharing information, putting people first, getting better outcomes, pilot it up, and the build it out.”

Following the release of Administrative Arrangements Orders on Wednesday, it was still unclear whether the DTA would remain as an independent agency within Services Australia or be subsumed entirely.

Dominello also used his address on Wednesday to explain why the creation of the state’s own customer-facing service department, the Department of Customer Service, was a game-changer for the citizens of NSW.

The department will allow the government to double-down on its already country’ leading approach to service delivery that has now led the feds to copy the model.

Crucially, it will hold responsibility for the government's technology policy and delivery that were previously under the command of the Department of Finance, Services and Innovation.

“This is truly a change in dimensions. This is the most significant Machinery of Government change I have ever seen,” Dominello said.

Dominello said one of the fundamental changes with the new department was the creation of a delivery and performance committee.

The new committee - or Dapco for short - replaces a number of existing committees spanning areas like infrastructure, advertising and social policy, which he said had been recently “collapsed”.

Dominello said the committee, which sits alongside Cabinet and the Expenditure Review Committee, will assess the digital or data components of every policy proposal to ensure that service are more seamless and uniform.

Dominello said the creation of the committee was an important step delivering on the purpose of the new department.

“What we need to do is create vents between the silos so that we share more information so that we actually get those structures stronger, so that we can put the citizen first," he said.