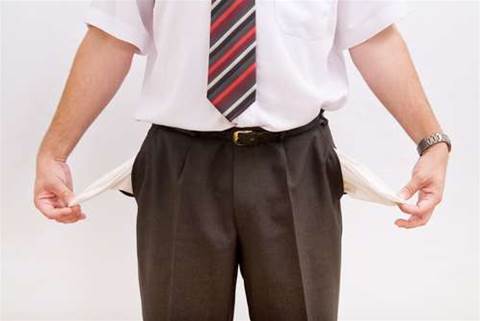 Forced to rely on BAU funds.

The Department of Human Services spent all $102 million budgeted for the development of its new child support IT system almost two years ago and has "absorbed" extra funding demands ever since.

The department has been trying to replace its legacy ‘Cuba’ child support system since 2009, when it determined the system was incompatible with new initiatives and policy directions, and would soon reach the end of its usable life.

It was given $102.3 million over five years in the 2013 budget to replace Cuba with an “agile and responsive” system based on SAP commercial off-the-shelf technology.

Accenture was initially picked as the system integrator for the project, but by March 2016 DHS had revised the project's scope to bring the work back in0house and leverage its $1 billion welfare payments infrastructure transformation (WPIT) program.

The new ‘Pluto’ SAP platform debuted in July 2017 after being trialled throughout 2016, but immediately came up against problems, according to The Canberra Times.

The legacy Cuba system also remains in operation, handling calculations and acting as the system of record for payment assurance.

This has created an environment where DHS’ 3000 child support staff are now required to use both systems to complete their work, and in some instances copy-paste information between the systems.

At a parliamentary inquiry last month, general manager of the child support and redress division Maree Bridger conceded the department had blown its $102 million budget trying to replace Cuba, though wouldn’t indicate by how much.

But in response to questions on notice the department goes some way to explain, revealing it spent its entire budget for the project two years ago, and had been forced to fund development since from its business-as-usual IT budget.

“Additional costs were absorbed with the Department’s internal investment fund and ICT BAU budget without any impact on the project budget.”

The department said it was unable to determine just how much extra it has spent getting the project to its current point.

However, it said that “all funding for the outsourced system was from the original project budget”.

DHS put IT maintenance and support for its child support systems – from its BAU ICT budget – over the past five years at just over $35 million.

It didn't detail spending from its internal investment fund.

This is on track to be exceeded this year, with $4.85 million already spent at the end of February 2018.

The department estimates that the annual projected BAU IT budget for child support is projected to further grow to “between $7.8 million and $10 million”.

Both systems supporting child support services were said to have fallen over for almost a week over the Easter period last month, according to the Community and Public Sector Union.

The department has appointed Deloitte to review the project, with a view to determining the best way forward for the full replacement of Cuba.