Dell, EMC in talks over tie-up 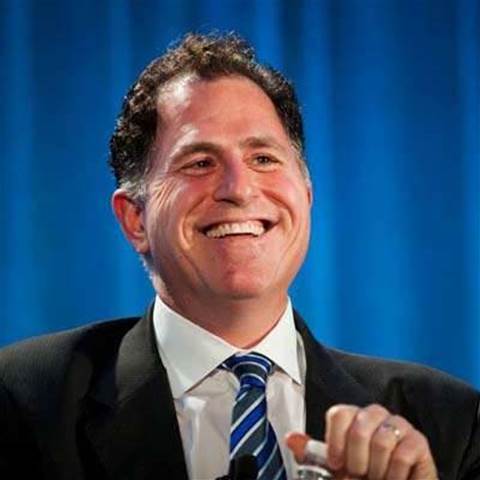 Dell is in discussions with banks to fund a takeover of data storage company EMC, as the world's No.3 PC maker looks to beef up its cloud-based offerings for corporate customers.

The potential acquisition of EMC, which has a market capitalisation of US$52 billion, would be the largest technology sector deal on record.

It could help Dell diversify away from the stagnant personal computer market and give it the scale to attack the faster-growing and more lucrative market for managing and storing data for enterprises.

"Dell and EMC are increasingly competing with the likes of Amazon, Google, Microsoft, and others that have deep pockets. Becoming larger would make Dell and EMC of greater strategic importance to their customers," said technology analysts at Jefferies, in a note to clients.

"Secondly, a combination would allow Dell and EMC to provide a more complete private cloud stack."

Analysts said an offer of at least US$30 per share would be required, which would put the deal price at about US$58 billion. Sources said it was too soon to talk about price.

Dell has made progress in securing financing for the deal, despite a choppy corporate debt market, sources said.

One banker, who worked on Dell's US$25 billion deal to go private two years ago, said the company could raise the US$40 billion or so it would need to carry out the deal.

"They could carve it out, do dollars and euros and also get private financing," said the banker, who asked not to be named. Private equity firm Silver Lake and Microsoft, which both invested in Dell's buyout two years ago, could be tapped for more financing, the banker said.

Any deal would include EMC's stake of about 80 percent in VMWare, which alone is worth about US$28 billion, the sources said.

Some on Wall Street doubted that Dell's daring move, only two years after taking on mountains of debt in its buyout, would go ahead.

"We don't think that Dell has the financial capacity to buy EMC, even if EMC were to spin-out (VMWare)," Bernstein analyst Toni Sacconaghi wrote in a research note.

Dell - which has about US$12 billion in debt, according to Sacconaghi - went private in 2013 in a deal worth US$25 billion, less than half EMC's current market capitalisation.

"The key question is whether Dell could raise the capital needed to take out EMC," Um said.

An acquisition of EMC would strengthen Dell's presence among corporate customers at a time when founder Michael Dell is trying to transform his three-decade old PC company into a provider of complete enterprise computing services to compete with companies such as Hewlett-Packard and IBM.

EMC has been under pressure from Elliott Management to spin off VMware. The activist investor has said EMC's structure of combining several businesses obscures "enormous" value.

Macquarie's Ghai said that while a deal with Hewlett-Packard could unlock more cost synergies for EMC shareholders than one with Dell, he would not be surprised if Dell undertook a tax-free spinoff of VMWare after buying EMC.

Such a structure would also fall in line with Elliott's demands, Ghai added.

Long-running merger talks between Hewlett-Packard and EMC broke down last year over financial terms and fear that shareholders of both companies would reject the deal, the Wall Street Journal reported at the time. HP and EMC did not acknowledge then that they were in talks.