Dear Mr Thodey: You won't save money this Christmas 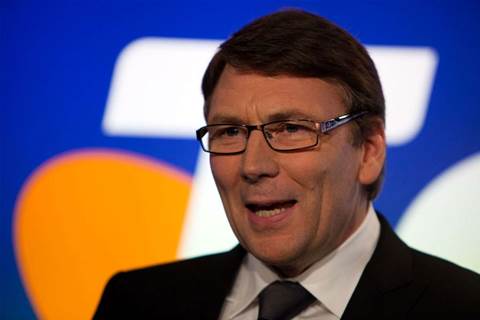 A guest column from a Telstra contractor.

I refer to Telstra's decision to stand down contractors for seven weeks over Christmas and New Year.

I am writing to tell you that this will not save Telstra a cent in the long run.

I am currently a contract hire at Telstra and therefore intimately impacted by this decision. But I also have some insights that you should consider.

The explanation given by a Telstra spokesperson to iTnews is shallow, misleading and in no way explains the lack of valid justification.

This is a short-term strategy.

Good management identifies what projects are successful and what projects are not working and acts accordingly on a case-by-case basis. If a project's business case doesn't stand up, you scoff it. But you don't weasel out of making these decisions and just opt for a blanket shutdown.

The majority of the contract labour at Telstra has been engaged for new development of product or services with the object of maintaining or enhancing Telstra's position in the marketplace.

Each of these projects must have an approved business case in order to engage labour. Time to market is a major factor in establishing a return on investment to support the business case.

It is the project manager's responsibility on approval of a business case to engage resources to deliver the new/enhanced product or service within the stipulated timeframes.

Standard practice is to initially engage permanent staff and if no suitable candidate is available, seek approval to raise a SoW [Statement of Work] for hiring a contract labour resource. In some areas of Telstra, the approval process can take in excess of three months for final endorsement.

Here is where the decision to stand down contractors starts to fall apart.

Seven weeks might look good on paper, but a large majority of the contract hires would have taken a two to three week break over the Christmas/New Year period, as do a large number of permanent employees. As a consequence the perceived cost saving for Telstra is reduced to less than four weeks.

But more importantly, permanent employees only have four weeks paid annual leave per annum and will be back at work well before the expiry of the stand-down period.

Consider, for example, a case in which a lead architect of a project has to stand down, and perhaps goes looking for work elsewhere as a result (Very few people can afford that hit on their finances at such short notice).

Meanwhile, 50 or 60 other permanent staff cannot proceed with their tasks without the architect having finished their job. If that architect finds other work and doesn't return, we then have several months to wait under the new hire freeze before we can replace him.

I can assure you, as soon as the stand-down period was announced; contract staff were out in the market seeking alternate opportunities. This typically results in losing the higher quality contractors to other hirers. A bank in Melbourne happened to be inundated with enquiries about contract project management roles...

Each realised flight risk incurs further delay and expense through having to re-engage resources through the SoW approval process and additional productivity lost while the new hire climbs the learning curve.

Those SoW expiring end of December will need to have any extensions approved - which is unlikely until at least February [2011].

As soon as the announcement was made, non-contract project staff went into contingency mode, seeking exemptions inhibiting any further project progress.

So does that save money? One project manager took the time to do a cost-benefit analysis impact of this action.

Allowing for the maximum saving over seven weeks it showed a $5 million reduction in Telstra spend. Again, that looks good on paper.

But unfortunately his business case took a $25 million hit as a consequence of this decision.

It doesn't seem to be understood that management agreed to spend this money because there is an expectation of a long term return on investment. Delays endanger that return.

As an aside, one unintended benefit of this decision is that it has universally united middle to lower upper management against it, because of its Dilbertesque absurdity. Director and General Manager-level executives are even embarrassed by it.

As a contractor I accept that there is an inherent lack of security of my tenure.

But I am also incensed by the lack of concern regarding the welfare of a group of generally loyal contributors based on a decision that would not stand scrutiny as a business case.

If we accept that this decision will show a short-term saving, where the real cost will not become apparent until the next financial year and will be to the detriment of the company and shareholders in the long term, then a reasonable person would ask questions on the motivation behind imposing an unnecessary financial hardship on contractors leading up to the Christmas period.

It strikes me that one of your executives is merely manipulating the books in the short-term for want of a better bonus.