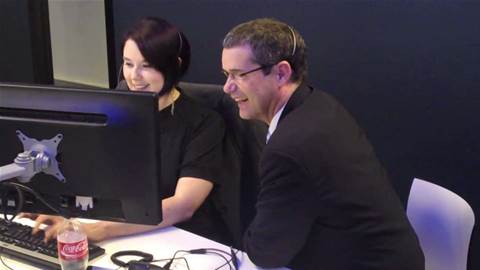 The Department of Broadband, Communications and the Digital Economy (DBCDE) has joined Twitter, promising to respond to direct messages or "replies" on the micro-blogging site.

As of this morning, @JuliaGillard has accumulated 15,593 followers, is following 4,820 and has published four tweets that link to her border security policy and activities.

Thirty minutes into its launch, @DBCDE had already accumulated more than 100 followers, was following 42 and had made three tweets including one "re-tweet" - forwarding a NICTA message - and one reply to Canberra-based "online evangelist" Craig Thomler.

"We are currently trialling our use of Twitter to share information about our activities, engage with the community and distribute news and information in real-time," the department stated.

"If you send @DBCDEgov a direct message or reply to us, we will respond as quickly as we can. Please note that, as a general rule, we will monitor the channel during business hours only."

"Contacting us via our Twitter account is probably not the best way to send through a formal enquiry or comment. If you have a formal request, comment or enquiry, please consider contacting us as usual via www.dbcde.gov.au/resources/contact_us"